Tuesday, April 7th 2015. Aaron Humes Reporting: In connection with her sudden death on Wednesday, April 1, police are questioning the parents of 11-month-old Mia Eusebia Lopez, who died in hospital after her mother, 21 year old Karen de Jesus Perez, noticed her crying and gasping for air. A short time thereafter the baby’s body went motionless. She was formally pronounced dead at the Karl Heusner Memorial Hospital about 20 minutes later.

On Holy Thursday, a postmortem examination was conducted on the body and the cause of death was certified as “Tonsillar Herniation due to severe cerebral Edema due to multiple skull fractures due to blunt force trauma to the head”. That is, the child was apparently hit with and object to the head which caused her tonsils to protrude up through an opening in the back of the jaw at the base of the skull. 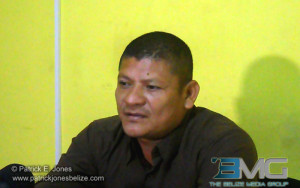 Police say they have not established exactly what transpired that led to her death. O.C. Criminal Investigation Branch Superintendent Hilberto Romero says foul play has not been ruled out but neither has accidental injury.