ICJ: Belize Dances With The Devil 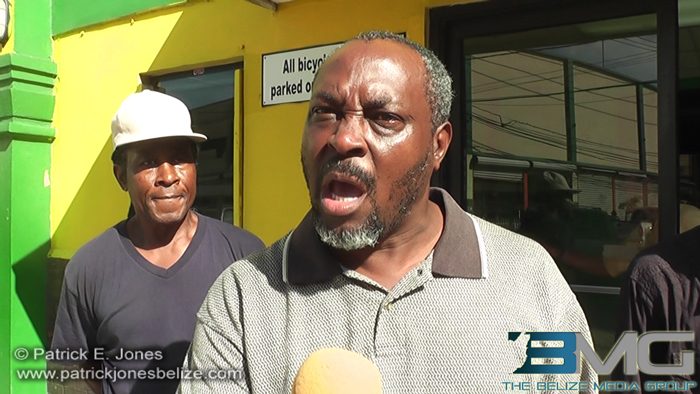 The workers stood against reports that some 50 of them would be temporarily terminated due to “hard times” for their employer, caused in the main by the City Council being as much as 18 weeks behind in payments for the sanitation contracts and owing many millions more in unpaid court judgments. 41 workers were arrested and eventually charged with taking part in an unlawful public meeting and municipal littering. Those charges were dropped after the Government led by Prime Minister Dean Barrow intervened and secured continued employment for the workers with BML through the expiration of the contract in January of 2015.

But Vaughan’s charge was never dropped and the case went to trial in the Magistrate’s Court a few weeks ago. Today Magistrate Hettie Mae Stuart heard submissions that Vaughan did not have a case to answer from attorney Kareem Musa, who told us that Vaughan’s constitutional rights may have been violated and on that particular day, he was a member of the press corps and had every lawful right to stand alongside more established media houses.

Vaughan was charged under Section 98 of the Summary Jurisdiction (Offences) Act which cites public loitering as remaining in a public place such as a shop or street and refusing to leave when asked by police or the shop owner as necessary.

Two police officers testified in the case and according to one of them, he approached a group of about 35 to 45 persons including Vaughan and other media and ordered them to leave citing the loitering provision. This same officer claimed that Vaughan started shouting that he would not leave.

But he went into the Queen Street Police Station and thereafter he and another officer came out and saw Vaughan crossing the street toward AAA Loans and pursued and caught up with him. But the officer admitted that he did not record Vaughan in his statement as “making noise,” nor did he make any effort to find out who he worked for, and Vaughan said nothing to him personally. Indeed, even after being warned, the press, because they had a reason to stay, could not be legally detained or arrested under the Act.

Furthermore according to Musa, Vaughan was never personally warned of the offence and because he was working, he is protected by Section 15 of the Constitution which enshrines a person’s right to work. Magistrate Stuart will give her decision on April 15 after the prosecuting officer files written submissions on Monday, April 13.