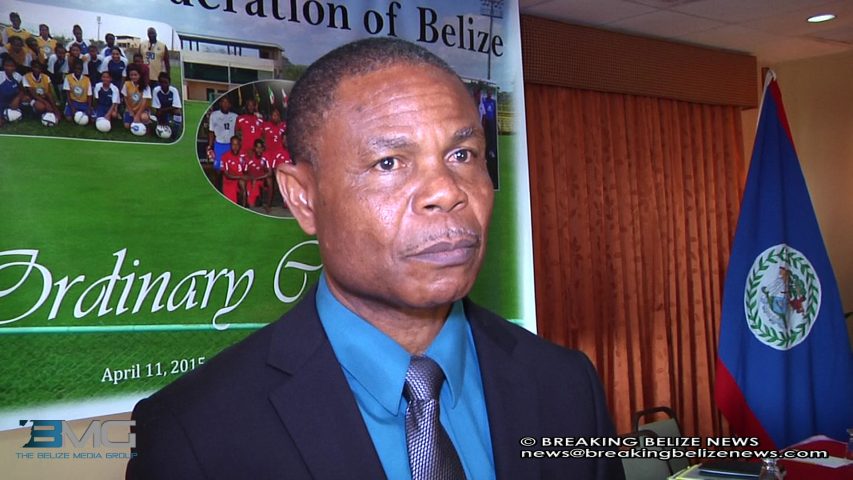 Monday, April 13th 2015. Aaron Humes Reporting: He was a vice-president in the Football Federation of Belize accompanying Belize’s first-ever national side to go to the Gold Cup to the United States in 2013. But two years later Rawell Pelayo returned home in disgrace, having served 21 months of a two-year sentence in New York State on charges of conspiring to import a controlled substance, specifically cocaine, based on the strength of a conversation with associates in December of 2012.

Pelayo has deferred comment while he gets used to being back in the Jewel, but his criminal conviction has resulted in his having to give up his post in the Federation. At Saturday’s General Congress we understand an item on the agenda was to deal with Pelayo’s position, but it was removed, says President Ruperto Vicente, after Pelayo agreed to step aside voluntarily.

As Pelayo remains part of the football family, Vicente said the Federation tried to pursue a means of dropping Pelayo without breaking their respect for him, and he has agreed to cooperate. Vicente says the Federation plans to move ahead with finding a successor, as well as producing a delayed financial report of its spending on the Gold Cup team. The Federation can appoint an interim successor or go to an extraordinary general congress for election. Vicente says he must meet with Pelayo over the documents he is said to hold regarding financing of the National Team which played in the 2013 CONCACAF Gold Cup.

The Federation has hired a financial director to oversee to the writing of the audit report on the 2013 Gold Cup participation – which will be presented with or without Pelayo’s documents – and the internal audit, and Vicente assured that past mistakes with finances would not be repeated.