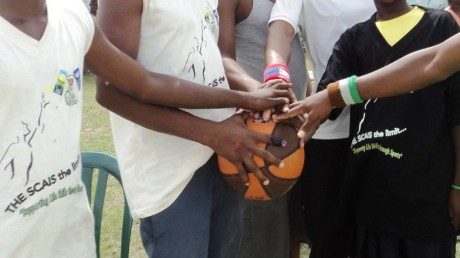 Wednesday, April 15th, 2015. BMG: In Southside Belize City, where homicide rates have drastically increased in recent years and the drug trade has become so widespread, joining gangs is seen as the only way to survive for many deprived youths.

Youths like 18 year old Rudolph Belisle to whom the idea of getting a high school diploma seemed so far-fetched, and moving on to a tertiary level institution was just completely out of the picture. That was until programs started to be implemented in these troubled areas such as the Youth Engagement Program, implemented by the United Nations Development Program (UNDP). The program is geared at providing pathways to employment and re-entry into formal education for marginalized youths. 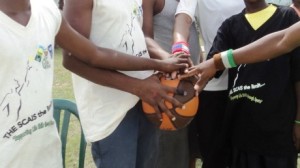 Rudolph chose not to join a gang but was involved in a burglary with some friends for which he took the rap and served two months in a youth boot camp. After being released, he joined the Southside Youth Success Project (SYSP) which is funded by the US State Department and targets boys between the age of 14 and 17 years old.

The project established a mentoring and training service and after five months of being there, Rudolph got a full time job as a customer service representative at Ready Call Centre. SYSP does more than just vocational training for the youths, but helps them improve their management skills, provides them with avenues for recreational activities such as swimming, karate, chess, table tennis, and even helps those who don’t have legal identification papers, to obtain them.

After completing the program, Rudolph said, “The Southside Youth Success Project helped me out a lot; it helped me to reflect on my life, taught me to be independent and provided me with skills to find a job. I would have gone right back to my old life and would most likely now be serving time, but the project has given me and so many of my classmates our independence. When you are done from the program, if you are not a changed person, it is because you did not want to change.”

Rudolph is currently applying to enrol in night school and plans to work during the day while working towards his high school diploma at night, after which he will move on to a tertiary level institution. This story is testament that shows how effective this program and others like it is, and how many lives are being changed in some of the most social-economically challenged areas of the city.