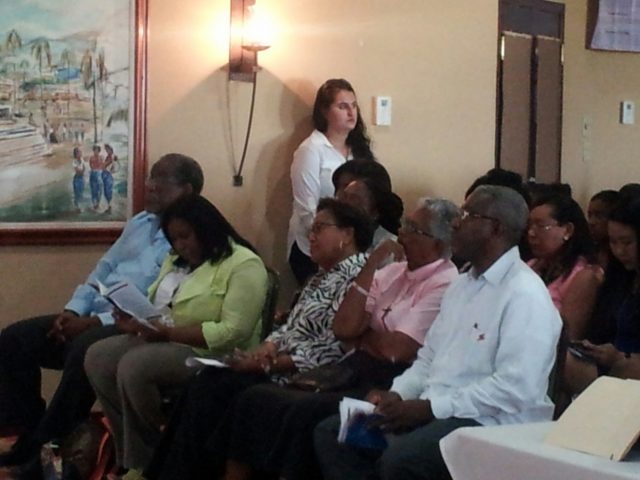 These two companies have entered into a purchase agreement with Puerto Azul International Holding Corporation of the Bahamas, the principal agent for the developers of the same-titled project at the site. Mills says he is owed some US$3 million as the holder of the mortgage for the property which he bought through Scotia Bank in 2006, a year after he first came to Belize, and which he says has kept the resort operational.

Today he said that he had spoken with the developers of the project and believes it can go forward – but he wants to be paid first. He is speaking out both as an active conservationist who has been changed by his experiences at Lighthouse and as someone holding a financial stake in the island. An official statement from Puerto Azul International Holding Corporation released today says, quote, “All encumbrances on the property are scheduled to be paid from closing proceeds by escrow agent Barrow & Williams. Mr. (John) Mills is aware of this as it

was settled through legal arbitration.” But according to Mills, the contract was signed two years ago and payments have yet to be made. Payments were to have been made in March of 2014 and again this year and they were missed, even while the company is claiming plans to inaugurate the project at Christmas and selling up to a planned 300 timeshares for a property they do not – yet – own. But Mills has spoken with Puerto Azul’s representative and while he does not like all that he heard he believes their hearts are in the right place. He is alarmed that the organization still appears to be pursuing the kind of grand development first proposed and feted in Cannes, France which may be environmentally and economically unsustainable, but says he has not seen any plans.

Mills says he will be sitting down with the group for further talks in the coming weeks. As a lover of Belize’s pristine marine setting and an ardent conservationist, he today announced ongoing plans to produce a conservation plan for the entire Atoll that takes development into account.

For Puerto Azul’s part, its president, Domenico Giannini, is quoted as saying in the press release that the corporation “has complied with the terms of reference provided by the Environmental Subcommittee, and environmental studies are being conducted to determine the appropriate development for the Northern Two Cayes. The final project proposal will depend on the outcome of these studies.”

The report of the hired environmental appraiser is due in July. The Corporation commits in its press release quote “to take appropriate action through extensive environmental studies and proactive measures to ensure the protection of the atoll and its ecosystems. Currently little is being done to prevent or mitigate the true stressors affecting the atoll. We plan to take a proactive approach to changing that.”