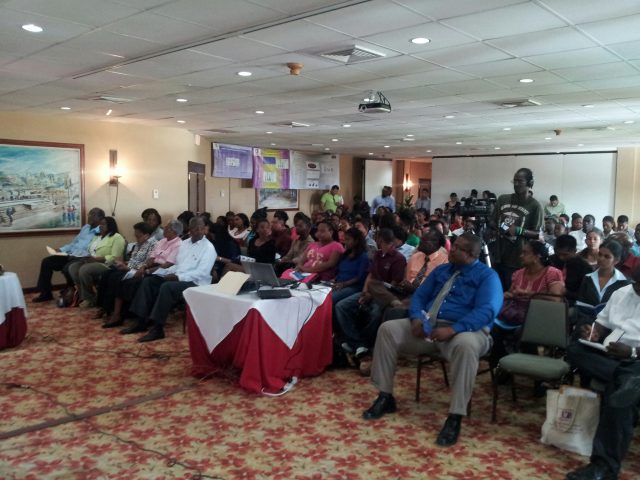 The annual conference originated with the Faculty of Management and Social Sciences five years ago as a means of allowing students to widely defend their semester theses for the general public. UB this year has expanded to bring in another faculty, Nursing and Allied Health, for a very important project which we will tell you about later in this story.

Dean of the Faculty of Management Vincent Palacio says the conference demonstrates the giant steps UB has taken in promoting research among its students as a contribution to the nation. While these students have already been graded and seven of the ten projects presented today judged the best in the year, this is an opportunity to bring the issues discussed to national attention.

Past presentations ranging from texting and English to social media in business, according to Palacio, have led to broad changes both in and out of the University. Today we spoke to two students whose presented projects are expected to have similar impact. Jonmarie Young of the Faculty of Nursing and Allied Health’s Associate Degree pharmacy program, worked along with classmates Fredy Cus, Carole Cui, Jorge Mendez and Ellen Gilharry to develop a potential bacteria that may be the source of a future antibiotic used to fight staph infections. According to Young the culture of a bacterium in local soil produced a fighting mechanism that killed staphylococcus aureus, the bacteria that causes staph. However the research is only preliminary and much more work is needed. Nonetheless, it demonstrates a potential new ground for Belizean health and science.

From the South, teacher at San Marcos R.C. Primary and UB graduate Estevan Ico carried out a survey of attitudes and perception of residents of the South to the proposed cruise tourism development at Harvest Caye by Norwegian Cruise Line. He told us that while a majority recognize the benefits that can come from the project, there are still some concerns about environmental and some socio-cultural issues, though not enough to potentially scuttle the project.

Other presented topics include a study of course evaluation at UB itself; why students cheat on academic assignments at a particular tertiary level institution, public officers’ perception of fraud and studying female entrepreneurs in Cayo. Faculty members also participated. The presentations are to be preserved in the UB Library though President Alan Slusher hopes to make them more widely available in the near future. Guest speaker was Dr. Carla Barnett, former senior public servant and trained social scientist turned political candidate.