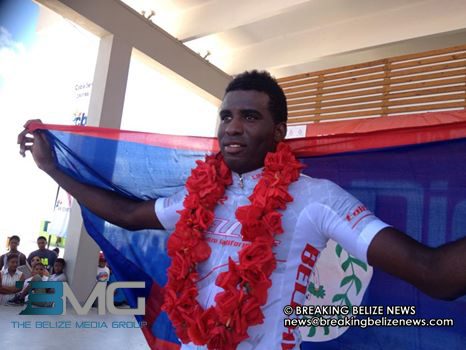 Sunday, April 19th 2015.  I visited the United States for the first time at the tail end of 1968. I remember disembarking after the first leg of my journey and thinking how misled my father had been about America. “You will need this”, the ole man warned me, as he handed me an old heavy overcoat which he had a hustled off a friend who had returned after a visit.

I imagine I must have looked pretty silly getting off in Miami all bundled up like an Eskimo; heck, States was almost as warm as Belize. I made a mental note not to be caught like that again and made space in the old gray valise to stash away the coat. First chance that I got I would ditch that old useless relic and the ole man would be no wiser. I made the connecting flight, exchanging space on the old Tan/Taca double engine plane for a seat on the modern jet that would take me to my final destination.

The New Year met me in the skies half way between Florida and Maryland and I was amazed at the fuss that was made over that event. Champagne was passed around and everyone was all happy and greeting each other. Growing up in Belize, we celebrated Christmas with much gusto and fanfare but New Years was not such a big deal. In recent times, as with many other customs of the north, we have adopted the celebration of the New Year and it has grown even bigger than Christmas.

I remember preparing to exit the plane in Baltimore, proudly aware that I had finally made it to States. It was the first day of January and what awaited me outside of that plane I could not have prepared for. Holy mother of meatless tamales!!!! Nowhere in my wildest thoughts had I ever imagined that anywhere could be so freaking cold. I rushed back inside scrambling for the old overcoat but it was no match for the vicious bite of “the hawk”. I don’t think that I ever really got used to the winters in the US but still, spent all of two decades sloshing in the mush and hunkering ‘gainst the cruel winds of some very cold winters. I have been home now, longer than the twenty years that I spent abroad and while I do have fond memories, I no longer yearn to live anywhere but Belize.

While there is no absolute figure, it is estimated that anywhere between a hundred thousand and three hundred thousand Belizeans now make their home in the Diaspora. Many have gained valuable experience and expertise and without a doubt, Belize could benefit from this huge pool of potential. Many Belizeans make the pilgrimage home each year and a few have even repatriated. There are however, a few Belizeans who will tell you outright, that they could never again live in Belize. Many have buried their roots so deep in foreign soil that it would be practically impossible to uproot and transplant back to the motherland. Then there are those who would have their cake and eat it too.

Justin Williams’ victory in the annual Cross Country Classic has added more fuel to the ongoing debate regarding the role of the Diaspora in Belize’s present and future affairs. It is a healthy debate and one that must be approached with some d egree of urgency. If Belize is to survive in this atmosphere of increasingly aggressive corporate globalism, it will need every hand on deck. The prodigal children of this land would do well to come home and they should be welcomed when they come. There is a misconception that Belizeans who stayed at home are somehow resentful of those who had the opportunity to travel. I find this a ridiculous notion and generally as untrue as the suggestion that Belizeans in the Diaspora think that they are better than and look down their noses at Belizeans who have stayed at home. There are issues; and there is in particular, one rather ticklish “sticking point”. It is important however, that we seek a compromise and bring this impasse to an end. We are brothers and sister, neighbors and friends and cannot continue to view each other’s as rivals.

Interestingly enough, the two sides of this argument are not that far apart but as usual, personal agendas complicate the matter and present obstacles to any amicable solution. Many inject fallacies into their arguments and keep stuffing straw men, dragging red-herrings and even going ad hominem.

There is one particular individual in the Diaspora who obviously has aspirations for high office in Belize. Hubert Pipersburg has made it clear that he has no intention of giving up his American citizenship, and does not even want to live in Belize, but believes that by virtue of him being born here that he should be allowed to just come in anytime and run for office. He is busy lobbying support for his cause and has convinced a few in the Diaspora that this is not only about him but about them too.

Pipersburg preaches that the Constitution violates the rights of those in the Diaspora and makes virtual second class citizens of all Belizeans. Sec. 58 (a) of Belize’s Constitution states that: “No person shall be qualified to be elected as a member of the House of Representatives who is by virtue of his own act, under any acknowledgement of allegiance, obedience or adherence to a foreign power or state.”

According to Pipersburg, he cannot wait for the UDP to gain another super majority in the House because, according to him, Dean Barrow has promised that he will then amend the Constitution to allow people like him to run for office. Belizeans would be crazy to give this power drunk administration another super majority. For obvious reasons, it would also be most imprudent to give any government more than two consecutive terms in office.

Pipersburg points to examples where people like Ralph Huang who was born in Taiwan and people like Denny Grijalva, who was born in Guatemala of all places, are allowed to run because their dual citizens is not “by virtue of their own act”. That is definitely a flaw in the law and maybe that particular caveat should be omitted. I agree that these individuals should not be able to run for Parliament; in particular Grijalva. Interestingly enough, both are running on a UDP ticket. Elvin Penner, who is also a UDP and who continues to be active in that party, despite blatantly disrespecting and violating our laws and trust, is also rumored to carry a Canadian passport.

By all means, we should amend the law to also exclude these people but it makes absolutely no sense to allow anyone who has pledged allegiance to “a foreign power or state” to just waltz in and dictate our policies and procedures of government. Yes, we have some very smart people in the Diaspora and they can contribute in a myriad of ways, but we also have some very smart people at home too. These are the ones who have stayed in the trenches, made the sacrifices and endured the hardship of life in Belize. Let us never disrespect or underestimate their worth or ability to contribute.

Belize needs its people who are out there in the Diaspora but why does everyone believe that the only way to contribute is through politics? I have always maintained that the Diaspora should have at least a Senator in Parliament but to represent the Diaspora, not to formulate policy that affects the entire country from which they are so removed. By all means, come home, establish residency and pledge allegiance to this country and then, only then, should you be allowed to be a part of the decision making process.   Let us continue this debate but let us be mature in our arguments and let us reason from a point of commonsense and not emotion. Let us forward toward an end of service to our country and not just to our own selfish agendas. Belize for Belizeans and May GOD bless Belize!

This article was written by G. Michael Reid.