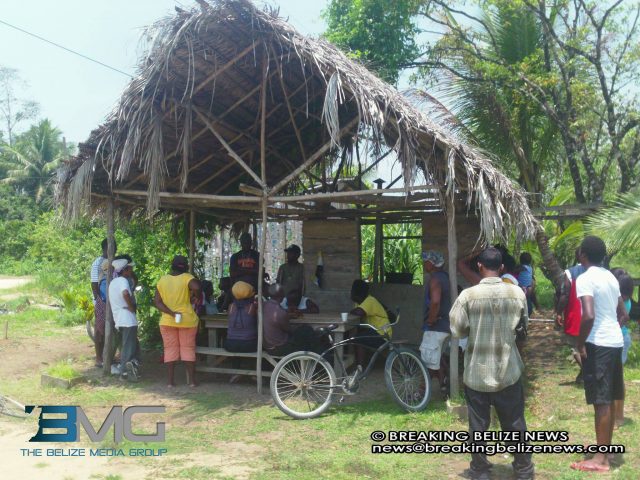 Monday, April 20th, 2015. BMG: The St. Vincent Block, also known as “Cerro”, is a small Garifuna community just outside of Punta Gorda Town that spans over 900 acres of land. Although Cerro is a peaceful, culturally enriched and rapidly growing community, it has been faced with many problems since its start.

Some major problems were the lack of running water to homes, lack of electricity and land disputes between the residents and the community board of trustees. In an effort to resolve these problems, a group of brave residents stepped up and formed a group called ‘Liyawada Cerro’ to fight for the community and its needs.

This group fought for running water and were able to get a few pipelines to supply the area with a year-round source of water and also fought for electricity in the community which they eventually received.

Currently, the group is involved in resolving the issue of land distribution and tax collection for the 900 acres of fertile soil. On Sunday morning, a meeting was held b 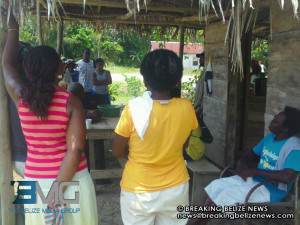 y Liyawada Cerro at the community thatch to discuss and to overthrow the current trustees for their lack of transparency. The community members say that the three trustees have been collecting taxes from land owners, but then still taking their land and selling it to other people.

Out of the approximated population of 200, about 25 residents showed up to the meeting, but the group is optimistic that the turnout will be even better at their next meeting to be held on Sunday, April 26, 2015.  During Sunday’s meeting, plans for community projects such as improving the community office, building a Garifuna Fajina and making a large plantation where all members of the community can plant and harvest were discussed. The struggle continues in Cerro but the residents refuse to give up and we will surely update you on this movement.