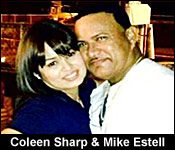 Tuesday, April 21st, 2015. BMG: A post mortem conducted yesterday evening on the bodies of Michael Estell and Colleen Sharp had confirmed that both died of traumatic shock due to gunshot wounds to the head. 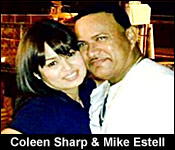 According to Forensic investigators, they believe that Estell was the one who shot Sharp – and then turned the gun on himself after a very violent fight around 1am Sunday morning.

While police observed several scratches and scrapes on Estell, it is believed that Sharp fought back. 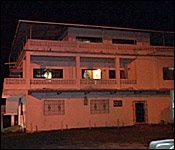 For context, Ladyville police on Sunday evening discovered the lifeless bodies of 30 year old Colleen Sharp and 54 year old Michael Estell lying in a pool of blood with a single gunshot wound to the head at their residence at the Old Airport Road. 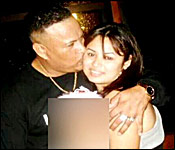 d that around 1am the coup 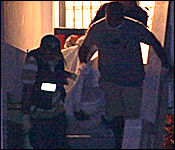 le were engage in a domestic dispute and led to the murder-suicide of a beloved couple in the Ladyville community. Neighbors told police that they have come to know the couple as happy and did not show any signs of dysfunction in their relationship

The Couple leaves behind a ten year old child.