Maya reflect on significance of CCJ decision; reach out to opponents 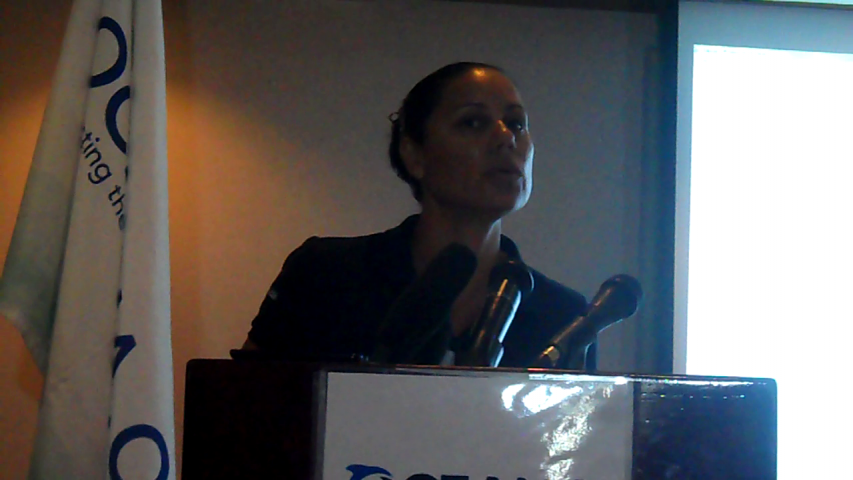 Thursday, April 23 2015. Aaron Humes Reporting: In January of this year OCEANA Belize and Citizens Organized for Liberty through Action (COLA) issued vehement objections to the draft petroleum guidelines for exploration and extraction developed by the Geology and Petroleum Department of the Ministry of Energy, Science, Technology and Public Utilities following a wide release by the Department late in 2014 and again a few weeks before their responses. 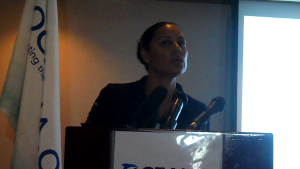 The organizations and their fellows in the environmental community contend that by putting just about all of Belize up for potential oil exploration and eventually extraction as the guidelines propose, and allowing everything from seismic exploration to actual extraction pending the usual environmental assessments, the Government risks irreparable damage to natural resources that provide thousands of jobs in tourism, fishing and other sectors, as well to the fragile marine environment.

The guidelines were put forward just as a team from the United Nations Educational, Social and Cultural Organization (UNESCO) was visiting Belize to consult on conservation plans for the Belize Barrier Reef, a World Heritage Site now listed as “endangered” due to damage caused by various incidents and the Government’s attitude toward development.

Today OCEANA and the Belize Coalition to Save Our Natural Heritage co-hosted a press conference in Belize City to update the press on their contribution to the discussion.

OCEANA Vice-President Janelle Chanona presented the bundle of documents sent to the Department in March, headed by a letter to Minister the Hon. Sen. Joy Grant, and summarized their position as expressed in that letter which is that the guidelines do not do enough to buffer Belize against the threat of problems related to oil exploration.

Geology and Petroleum Director Andre Cho wrote back to OCEANA earlier this month acknowledging receipt of their information and promising to review it and call a meeting with stakeholders as soon as possible.

But is the Government really serious about consulting with the environmentalists, considering that their position is and remains a firm “no” to offshore drilling while the Government is just as determined to pursue petroleum as big business? We asked Chanona about that and she said that the guidelines remain much as they were from as many as five years ago, with no apparent changes based on what has happened since then, although in her view there should have been as several valuable marine areas such as Glovers Reef and the Blue Hole are off the page.

As for the UNESCO visit, Prime Minister Dean Barrow is quoted as saying he was willing to chart a course forward on key management requirements for the sustainable future of the Reef, and says Government intends to prohibit oil exploitation within and adjacent to the protected areas in the Belize Barrier Reef System. However, the seven areas are surrounded by support systems that are not exclusive. Executive Director of the Coalition Tanya Williams says that plans to bypass protected areas are misguided.

OCEANA is also using the Freedom of Information Act to obtain information about petroleum companies’ activities in Belize.

In related news, in the wake of Wednesday’s landmark consent order in the Caribbean Court of Justice (CCJ) with regard to Maya land rights in Toledo, where the Government is now refused the ability to hand out leases, concessions and other instruments related to land in that District without the informed consent of the Maya, there is expected a ripple effect for similar cases in court. We have already told you of the hearing for Sarstoon Temash Institute of Indigenous Management (SATIIM) against U.S. Capital Energy and the Government that is in the Court of Appeal. OCEANA’s victory in the court of Justice Oswell Legall two years ago this month has also been appealed by both sides to the Court of Appeal as well as a subsequent decision by Chief Justice Kenneth Benjamin to lift an injunction placed by Justice Legall on continued activity with oil concessions around the country. Vice President of OCEANA in Belize Janelle Chanona says they are prepared to use litigation to force the Government’s hand as the Mayas did.

No dates have been set for any of the hearings involving OCEANA, SATIIM, COLA and the Coalition.