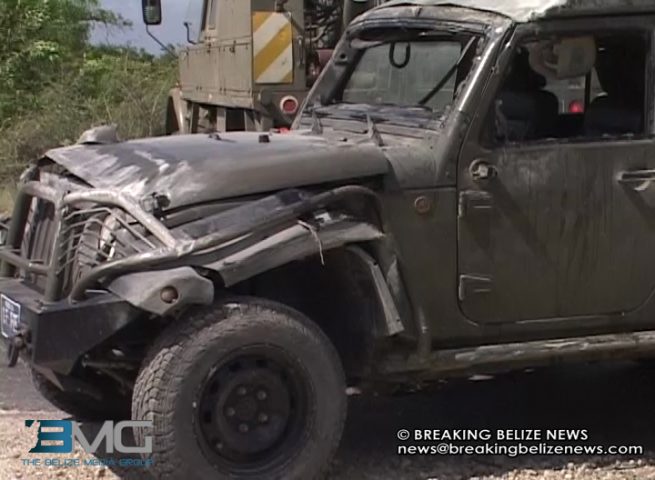 Friday, April 24th, 2015. Aaron Humes Reporting: This morning on the Philip Goldson Highway near Mile 13 at the junction with the entrance to the Los Lagos Subdivision there was a crash of two motor vehicles – one a jeep vehicle used by the Belize Defense Force (BDF) and a civilian vehicle. 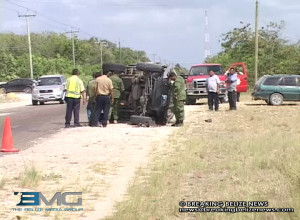 There were no serious injuries reported. Both the Force and the Ladyville Police have begun investigations into what transpired.

Lieutenant Colonel Azariel Loria, the BDF’s Chief of Staff, briefed the press on what they know so far. According to Colonel Loria, the BDF jeep was forced off the road by an oncoming Mitsubishi L200 pickup truck, but the driver’s injuries were minor.

At the end of the police’s investigation they will be forwarding their results to the Force for a final determination on actions to be taken.