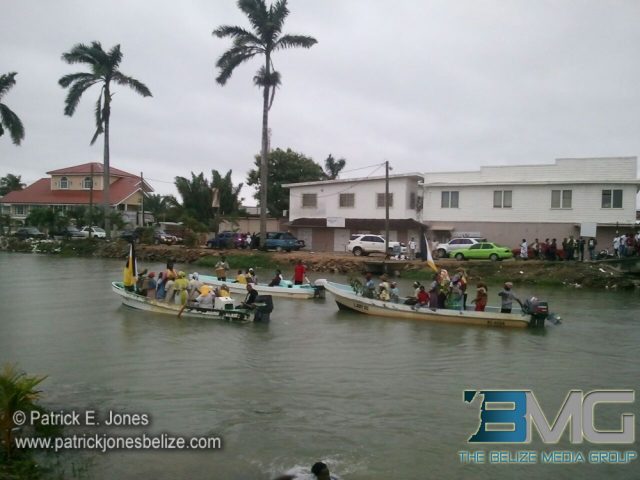 Arrival of the reenactment 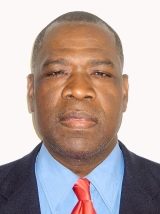 Long before the Europeans came to the Caribbean, Americas and other parts of the world, people and nations were living in peace in their respective territories on this planet earth. History tells us that it was not only the Europeans that were roaming this planet committing atrocities against other people and nations in the beginning but several other nations as well. However, when we examine the nature of the atrocities that were committed against people and nations before the new world order was established in 1945, they are guilty of the most genocide and violations of human rights. Many of these occurred during the colonization of the world, when they went to all the continents and established their brutal rule by force with no regards to the indigenous people and nations.

For those who still exist today like the Mayas in Belize, Central America and the Garifuna people in Saint Vincent/the Grenadines only God knows how they are still existing. The Spanish and the British came to; torture, kill, imprison and displace these people. A significant amount of their men, women and children were killed. Today, in the countries of; Saint Vincent and the Grenadines, Belize, Mexico, Guatemala, Honduras and Nicaragua atrocities and human rights violations are still occurring.

The governments of all countries in the world have the power to ignore or totally disregard the rulings from the national, regional and international courts. This has been happening in this case with the Mayas in Belize for years now. Another issue is the role of the political parties and the lawyers in this case. It appears to me as if when the UDP are in power the PUP lawyers aggressively go after the government and when the PUP are in control of the government the UDP lawyers do the same. It was clear that both the UDP and the PUP were inclined not to grant the Mayas their customary land rights. This may have motivated the Mayas to finally take their case to the Caribbean Court of Justice for final resolution. All they were doing is playing politics to get the Mayan votes and keep them divided. The failure by both of these political parties to act based on the court rulings, is enough evidence for anyone to come to this conclusion. Both the UDP and the PUP are afraid that the Mayas will be given special rights to their land that other Belizeans do not have. The fact is that these indigenous people had these rights centuries before the British, Spanish and Belize Government claimed Belize to establish their control.

This may have motivated the Mayas to finally make the right decision to take their case to the Caribbean Court of Justice (CCJ) which is Belize’s highest court. It will be left to be seen if the UDP administration will now abide by the court ruling. If they do not, the Mayas will take Belize to the International Court of Justice for final resolution. Belize cannot afford to have the Guatemalan claim and the Maya claim cases going before the world court because it will appear that these people are fighting for something that does not even belong to them. It is better to settle with the Mayas than to play hardball because it will only get worse later on.

Now that the Mayas have won their case, it is time for the Garifuna people, organizations and the National Garifuna Council to bring their case to retrieve all the Garifuna Reserves that were granted to the Garifuna people by the British government when they landed in Belize.Even the Mennonites in Belize have rights to their lands and no Belizean can go to their communities and do as they please. Over the years the governments of Belize have used eminent domain to take some of these lands for public use, village and town expansion without consulting the Garifuna people. The officers of the National Garifuna Council at the time went along with all of the government’s land grabs. Let us see if the new officers in this current organization will do the same thing.

If the National Garifuna Council (NGC) do not take advantage of this ruling, other Garifuna organizations in Belize and abroad will be forced to do something on behalf of their people to protect their lands. We who live in the southern parts of Belize, cannot go anywhere else to control and claim land. The people in the north and west will never allow us to do that. The land availability in the north and west is becoming lesser due to population growth, village and town expansion, the cane farming and other industries. When those lands are all used up, these people will be coming to the south to take or buy lands from our people who are desperate for money. We have some people among us who like to say that they will take our land because we are not doing anything with it. Yes, we have land but no machines or capital to do some constructive things with our lands. The constant depriving us of capital by our governments to develop the land, is a policy that works to the other people advantage to buy our land from us for little money. Then they label the people in the south as lazy and beggars. Even some of our own people, do not understand the Belize’s government policies towards the south and the impact it has on poverty in the southern part of Belize.

I now call on all Garifuna men and women in Belize and abroad, to ask the National Garifuna Council of Belize to address the Garifuna Reserves in the Stann Creek and Toledo Districts. This issue has remained quiet for too long. Some of our people in Belize would like to address this issue but they are afraid of losing their jobs and other repercussions that will follow. To them I say, have no fear because the spirits of our ancestors will be with you all throughout your struggles and they have never abandoned us. The first thing we need to do is; an inventory of all Garifuna lands in the south. The Lands Department have a map and we should get it now to see where the lands are and what are there current status. If any of those lands were sold to any individual or individuals without our written consent and approval, we will demand that the government of Belize revoke those titles. They will then be issued the same amount of land elsewhere. We know what to do about our problems and we are going to do what is needed to be done.