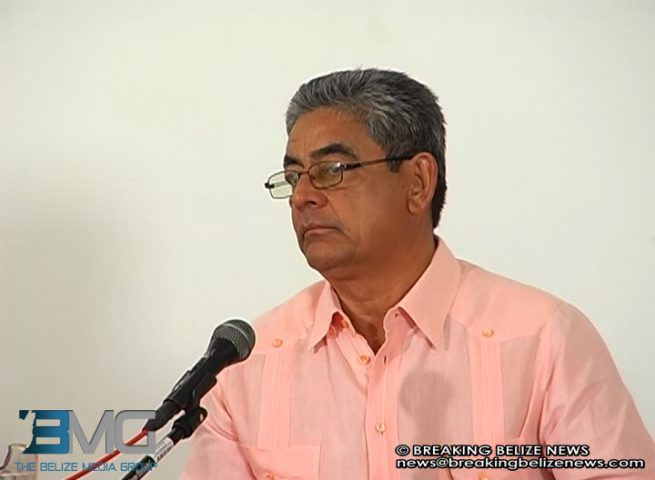 Thursday, April 30th, 2015. Aaron Humes Reporting: The Ministry of Natural Resources has moved swiftly to address the creation of new plots of land on the beach and seabed in northern Caye Caulker, located directly in front of established beachfront properties. 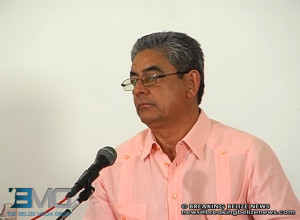 investigation by the Ministry of Natural Resources, according to Minister Gaspar Vega, those properties had been canceled from back in 2011. The trouble is that they did not receive a formal complaint from the couple, despite their retaining an attorney to address the issue.

According to Vega hundreds of others are affected and he pinpoints the problem on headstrong employees in the Lands Department who he says have been running their own side schemes without regard for the law or the position of the Department, contributing to its notorious reputation as a “hotbed of corruption,” in the words of Prime Minister Dean Barrow.

Belize Rural South area representative and Tourism Minister Manuel Heredia Jr says he also got involved and supports the work of his colleague to restore the pristine nature of the properties.

Vega says the Ministry will meet with surveyors to dissuade them from considering surveying beachfront properties with questionable dimensions. He says the Ministry has been dealing with the problem from since 2004 and mentioned two prominent personalities – the politically connected Renan Briceno of Orange Walk who secured the property directly in front of his in order to avoid this same scenario, and land owned by Rodla Construction and since sold to former Minister Doug Singh.

The Ministry has canceled as many as 15 leases and refused to allow others to proceed with title after collecting the purchase price, which presumably they will have to refund.