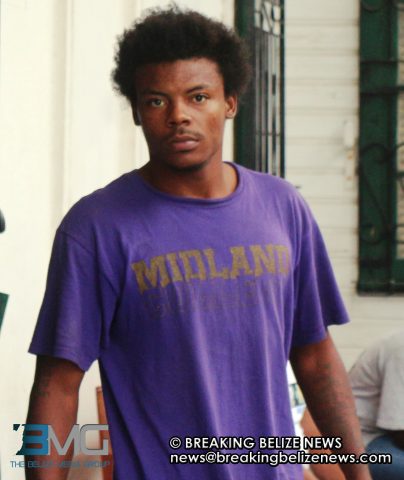 Thursday, April 30th, 2015. Aaron Humes Reporting: Police have made an arrest in relation to the death of 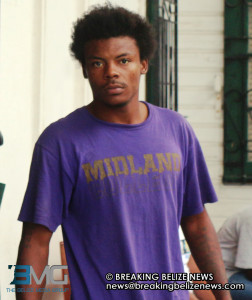 40 year old Kevin “Skelbo” Flowers of Mahogany Heights, Belize District, but it is not for his murder.

22 year old Wilfred McDougal, a fisherman residing in the village, was detained by police in connection with the Flowers murder investigation around 1:30 in the afternoon of April 27, mere hours after Flowers’ body was discovered on the roadside, and he spoke without coercion to them.

Based on his statement, police visited two separate abandoned lots in the village and in one of them they found a 9mm pistol with six rounds of ammunition in the magazine hidden inside an old car. On the other they found a 16-gauge sawed-off shotgun. McDougal was read two counts of firearms offenses – keeping a prohibited firearm and keeping firearm and ammunition without a gun license before Chief Magistrate Ann-Marie Smith and pleaded not guilty.

He was remanded per statutes of the court on bail for firearms-related offenses to July 30. There is no indication if police believe either firearm was used in Flowers’ death.