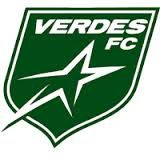 Thursday, April 30th, 2015.  Flora Pereira Reporting: On April 29th at the Norman Broaster Stadium in San Ignacio Town, Verdes defeated the BDF by a whopping six goals to nothing. During the first half, Jarret Davis (# 10) scored 2 goals at the 17th and 41st minutes. Before 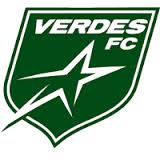 the 4th minute into the second half, Jarret also scored the third goal. The fourth goal was scored by San Mendez (#3), the fifth by Jesus Pantino (#16), and the sixth goal by Marlon Molina (#23).

This win automatically qualifies Verdes for the finals; however they will still need to do a rematch on Sunday at 4 p.m. at the Norman Broaster Stadium. While this game was being played in San Ignacio there was another game taking place in Belmopan between the Bandits and Police and the game was drawn 1-1. Thus they will also have to play a rematch on Saturday at 7:00 p.m. at the Norman Broaster Stadium.