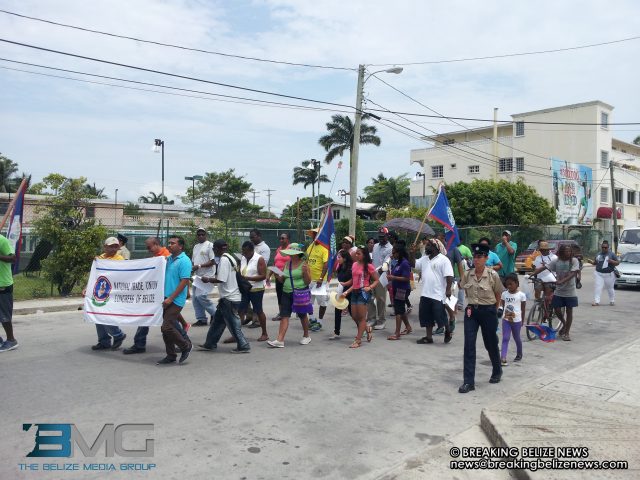 Friday, May 1st, 2015. Aaron Humes Reporting: Today, May 1st, is the annual holiday recognizing the contributions of workers of Belize, known as Labour Day. 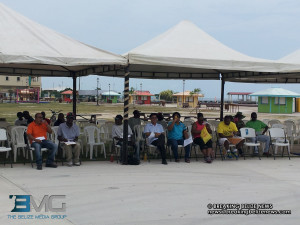 Today the National Trade Union Congress of Belize (NTUCB) hosted its second annual Labour Day Rally which according to President Marvin Mora refocuses the true nature of the holiday as a celebration of workers’ rights. 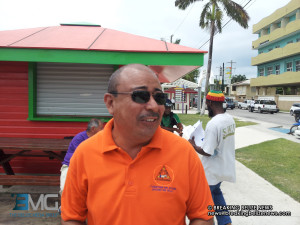 President Mora in his remarks stated that workers are now aware that they are important to the national economy because of the value of their labour, which makes the money that drives the economy. Workers, he said, are no longer slaves or servants but partners in national development.

Mora went on to call for the immediate passage of the Occupational Health and Safety Bill into law. One year after being first introduced in the House of Representatives and scheduled for consultations there have been none held, while several other acts have been passed into law including the Petrocaribe Loans Act.

And speaking of Petrocaribe, Mora told us that the NTUCB supports the program in principle. He publicly thanked Venezuelan ambassador to Belize Yoel Perez Marcano, who attended representing that country’s government at today’s rally, for their support of Belize. But the Congress’s representation on the various oversight bodies for Petrocaribe-sponsored programs such as the National Bank of Belize, Mora said, are in the guise of ensuring transparency and not as blind supporters. He distinguished this from the Loans Act which he said was absolutely not acceptable to the Congress in any circumstances. 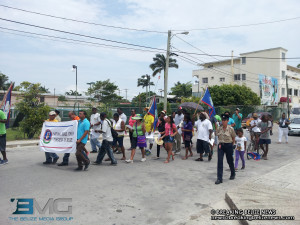 According to Mora, the Congress executive could not get immediate support to join the demonstration held by the People’s United Party (PUP) during Prime Minister Dean Barrow’s press conference on Wednesday, though they do stand with the Opposition in principle. As for the future national demonstration promised after the Prime Minister’s outright refusal to repeal the law, the NTUCB says it will consult its members before saying yes or no to joining in.

The theme of the rally was “Celebrating the Belizean Worker – The Backbone of the Economy.”