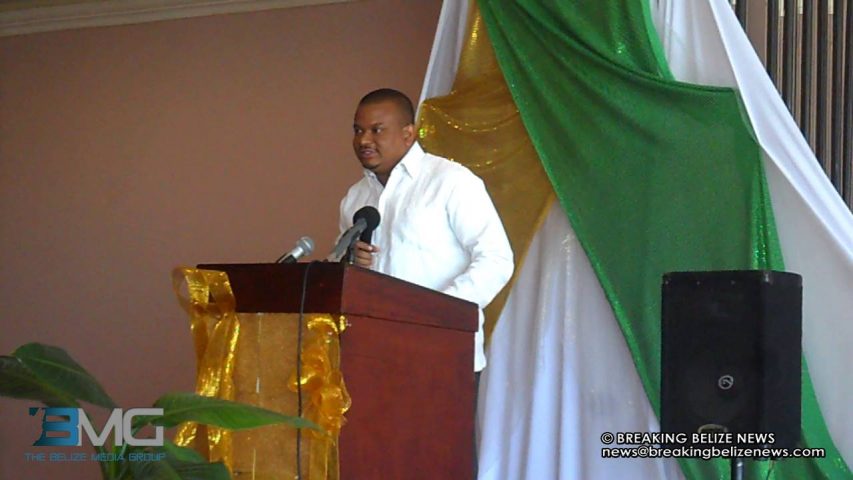 Sunday, May 3 2015. Aaron Humes Reporting: Under the theme “Our Youth: Innovators Today, Change Makers Tomorrow,” the Ministry of Education, Youth and Sports kicked off its annual Education Showcase with a launch at the Princess Hotel and Casino. The Ministry started Education Week some time ago but in recent years it has expanded that to a two-week showcase of education issues and achievements. Minister of Education, Youth and Sports Patrick Faber however admits that this has proven not to be enough time for their plans and so for the first time the Showcase will take over the entire month of May, competing with other events. Scheduled events include the community entrepreneurial fair, the annual Teachers’ Day celebrations and the continued consultations on the Education Sector Strategic Plan to determine a way forward for the system. 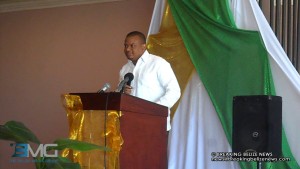 As the major stakeholders congregated to begin the discussion about the present and future of Belizean education, under the theme the Belize National Teachers’ Union (BNTU) issued a challenge to Minister of Education Patrick Faber on several key issues of concern. Adelaida Guerra represented the Belize National Teachers’ Union (BNTU) at today’s event and she made a public call to the Ministry to reverse what she called its policy ofwanting to have “total control” of education reform and consulting only when it is convenient to them. She also asked for the status of teachers at grant-aided secondary schools to be regularized and for efforts to be made to include the teaching of the Constitution and civic pride in schools and before that at home by parents.Guerra paid tribute to the strength and perseverance of the teaching community in spite of their lack of resources. 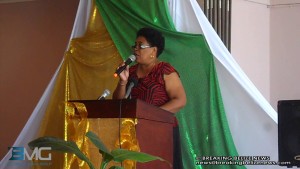 Minister Faber spent more than 40 minutes addressing the state of the Belizean education system in his keynote address. His argument was that while there are still many problems, there has been progress made. He points to the many new school buildings raised and opportunities for training of teachers at all levels among other things, with assistance from many international and local partners.

The Minister insists that he wants no quarrels with anyone, especially not the BNTU, but says that simply criticizing – as he recalls doing while in political Opposition several years ago – is no longer enough, that Belize needs to move toward implementing a solution that addresses the common problems of access to schooling, improving quality and relevance of modern education and strengthening the governance of the system to bring in all stakeholders at every level.

Faber also responded to the suggestion of convenient consultation by saying that the Ministry has done more consultation than it legally has to under the Act, but he believes it is necessary to move forward.

Consultations for changes to the Education and Training Act and subsidiary Education Rules continue for the next two weeks and the Minister says that while all opinions continue to be sought, it will be impossible to please everyone.

The winning theme was submitted by students of Ocean Academy in Caye Caulker, Belize District.