Thursday, May 7th 2015. In sight that the People’s United Party has filed a claim in the Supreme Court against Prime Minister Hon. Dean Barrow for the appointment of the 13th Senator, the Government of Belize has lashed out a press release earlier today in response to the claim.

In the press release, GOB under the leadership of Hon. Dean Barrow stated the following: 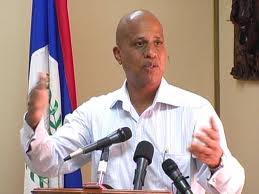 “The Government sees this claim as another desperate attempt by a political party that has been repeatedly and roundly rejected at the polls, including as recently as January and March of this year, to thwart the will of the people and try to gain power other than by way of the ballot. Spectacularly unsuccessful in elections, the PUP is seeking redemption through flimsy legal maneuvers and empty posturing.”

Back in 2010, similar claim was brought up against GOB by COLA where the judge at the time dismissed the case in its entirety reaffirming that the Prime Minister has wide discretion, when given that authority by Parliament as in this case, in deciding when to bring legislation into force.

The PUP is now litigating Section 23 of the Act which states: “This Act shall come into force on a day to be appointed by the Prime Minister by order published in the Gazette.”

The appointment of a 13th senator was part of the UDP’s Reform Agenda leading up to 2008 elections. In no other Parliamentary (as opposed to Presidential) system is the appointed Senate or Upper Chamber controlled by those in (potential or formal) opposition to the Government. In every Commonwealth Caribbean jurisdiction and throughout the larger Commonwealth world, it is the Government that appoints the majority of the Senate.

This is for good reason, as has been shown now by the collapse of the rationale for the UDP’s grand vision in wishing to make this fundamental change. Over a very short period of time after the constitutional amendment was passed, it became abundantly clear that a great deal of thought would have to go into the timing for bringing the legislation into force. This was because the circumstances that would make the legislation work as envisaged by the UDP and the framers of the Law, simply did not then, and do not now, exist.

It is a matter of great regret to Government which saw, among several other things, that the Senator for the Private Sector in particular was axiomatically leaguing himself with the PUP and unfailingly supporting every Opposition position in the Senate. As the Prime Minister has made clear to the Chamber of Commerce and the Churches, there is therefore the need to work on the creation of a climate in which good faith and an honest discharge of Senatorial responsibilities rather than perverted axe grinding would be the norm.

That is what the Law was meant to usher in as part of Democratic deepening, and the Prime Minister is still convinced that it is very much capable of achievement. Once in place, such a state of affairs would then precipitate the immediate signing of a commencement date for the 13th Senator legislation; but we are not there yet. The Prime Minister repeats, however, that he (and the Government) will continue to work on the matter so that the Law can be brought into force as soon as the circumstances are appropriate.”

For context: The People’s United Party has filed a claim in the Supreme Court against the Prime Minister Hon. Dean Barrow, basically, seeking an order to compel the Prime Minister to bring into force the Constitutional Amendment that would see the appointment of a 13th senator. That senator would be chosen by the non-governmental organizations, and would result in taking away the Government’s majority in the Senate. In turn, that would mean that the Opposition, with the support of the new 13th Senator and others, would be able to frustrate Government’s legislative agenda and delay or completely derail urgent Bills.