Belizeans Should All Reject PUP Candidate B.D.F. Major Lloyd Jones If He Runs For Office in Belize

Ramon Cervantes and Gaspar Vega headed to trial in July 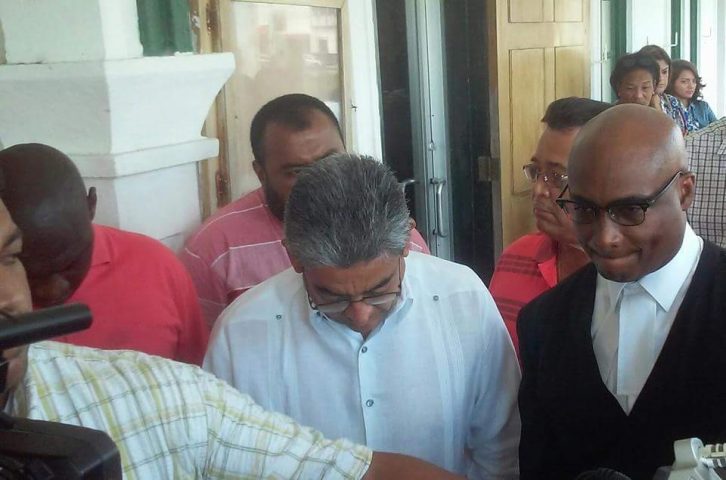 Thursday, May 7th 2015.  Aaron Humes Reporting: Chief Justice Kenneth Benjamin has disallowed an application by counsel for Deputy Prime Minister of Belize Gaspar Vega, Senior Counsel Rodwell Williams, to amend the statement of claim to reflect that the alleged slander of Vega which occurred in October of 2014 in Orange Walk was not only heard over the radio but also via loudspeaker to the audience at the location, Mameyal Farm, where the memorial service for the late Ramon Cervantes Sr. took place. 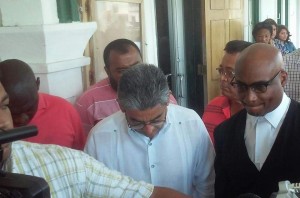 Vega sued Cervantes over a radio broadcast in which allegations were made that he, Vega, along with a senior police officer, ordered a hit on the younger Cervantes that claimed the life of his father, Don Ramon Cervantes Sr.

The allegations were made in a recording of a phone call to the elder Cervantes’ widow, Vilma, from one of his accused killers, Manuel “El Pelon” Castillo, who remains on the run. Castillo alleges that Vega and a senior police officer set up his political rival to die, but his father was kidnapped and killed on the Honey Camp Road instead, last July. All the persons involved in the case were at court for the decision this morning and we spoke to all of them, beginning with Williams, who explained that the application sought to expand the media by which the alleged slander took place but this was already covered in the estimation of the Chief Justice.

Vega himself said briefly that there is a God who knows everything and he does not have to worry about the outcome. He made his first court appearance after the Chief Justice asked after him and will be present at trial.

From the other side, Cervantes says his position has not changed. He denies the allegations and will defend himself at trial.

And his counsel, Senior Counsel Said Musa, says they will abide by the decision of the court whatever that might be.