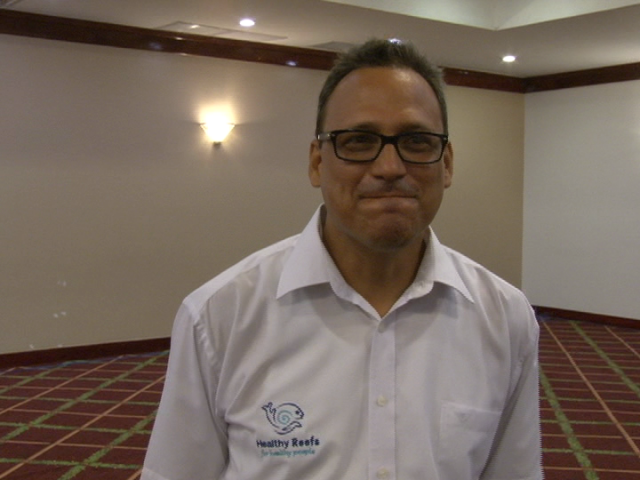 Tuesday, May 12th, 2015. Aaron Humes Reporting: Every two years, regional scientists release a “report card” reviewing the health of the Mesoamerican Barrier Reef System which covers the Yucatan Peninsula of Mexico, extending down all of Belize’s coast to Guatemala and Honduras.

Belize has not attained the best of grades in the previous report cards and today’s one released in Belize City is not much better. Local coordinator for the Healthy Reefs Initiative, Roberto Pott, says Belize’s score of 2.5 on a 5-point scale trails the regional score of 2.8. Coral cover remains about the same between 16 and 18 percent but macro algae are on the rise, while stocks of fish and other key predators are about the same or slightly rising.

Belize has been caught up by Mexico and Honduras on some issues but we are not yet bottom of the class. Pott says local authorities are engaged in making sure Belize leads by example.

A review of the report card is planned for a later date. The next major report is the biennial Eco-Audit due in 2016.