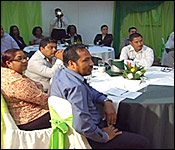 Wednesday, May 13th, 2015. BMG: The Caribbean Development Bank has granted a loan to the Development Finance Corporation in a sum of $21 million Belize dollars for education and private sector loans.

The announcement and launching of this initiative was made known yesterday at the Radisson during the 7th consolidated line of credit event.

Students with financially disadvantaged households who have the academic capability and qualifications, but are constrained by low and irregular income and the inability to meet security requirements for the loan will be able to benefit from a 2.5 million US dollars loan, stated Deidra Clarendon Caribbean Development Bank representative. 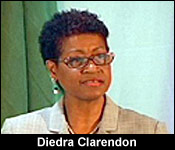 Natalie Ewing-Goff, General Manager, at the DFC stated that the CDB has provided them with 6 previous consolidated lines. But this would be the first time they are actually publicizing, and letting the Belizeans aware of what the DFC is doing. 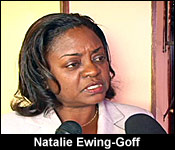 If that is not enough, DFC has also set aside an additional million dollars for a pilot project for renewable energy and energy efficiency projects. It’s something new that they have undertaken.

Photos used in this article are courtesy of Channel 7 News.