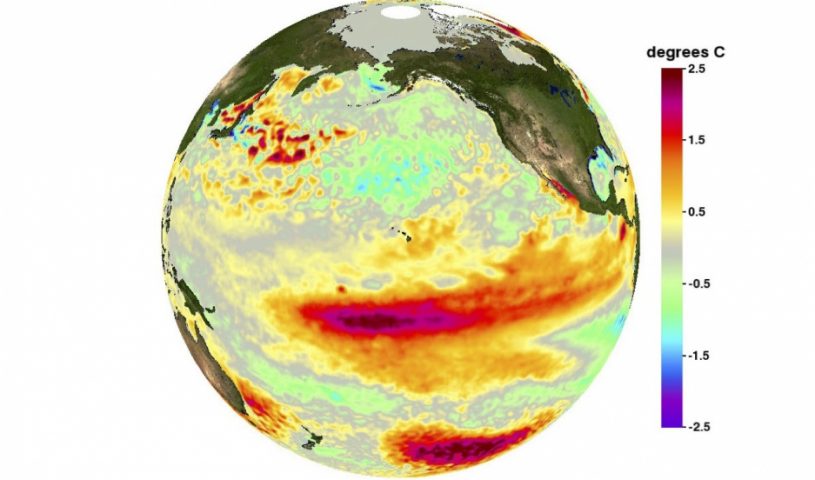 Wednesday, May 13th, 2015. BMG: El Nino is part of a climate cycle in the tropical Pacific known as the El Niño Southern Oscillation; it flips back and forth every few years between the cool, La Niña and the warm El Niño phases. In the El Niño phase, ocean surface temperatures rise with easterly trade winds along the equator slow or even reverse and the planet in general tends to warm up. Scientists expected El Niño last year, but it was a no-show until this year, when in March, American Researchers reported that a weak El Niño had finally set in.

Now Japanese and Australian scientists say it’s definitely here, and its global implications are likely to be much bigger than the American predictions. In certain parts of countries like Brazil, the weather changes could mean a lot more rain, which would be good to end the drought those people are currently facing. It may be a good thing for some parts of the world but the biggest question is: How will El Nino affect Belize?

An article posted on the popular American travelling website, ‘tripadvisor.com‘ asked that same question and many tourists became concerned about the effects the weather changes may have on Belize’s marine tours and activities.

Besides the threat to tourism, there is another possible effect that we must keep in mind, which is food security. Currently, places like Australia, East Africa and Southern Asia are facing large reductions in the harvest of key crops such as rice and corn due to the heat and cold stretches that El Nino brings, and Belize may very well be at risk of losing production of major agricultural produce due to the stretches of heat or cold brought by this vagabond known as ‘El Nino.’

The hottest year recorded was 2010 and scientists are predicting globally higher temperatures, possibly high enough to break the record set in 2010 and convince those who deny that global warming is taking place. So should Belizeans be afraid of El Nino? Well we should definitely be concerned and try to keep updated on the matter but there is no need for panic, at least not yet.