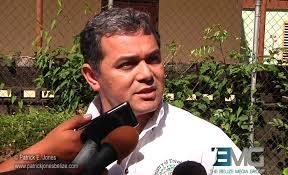 Wednesday, May 13th, 2015. BMG: The news spread like wild fire when the resignation of the Vice President of Guatemala Roxana Baldetti was announced on Friday. 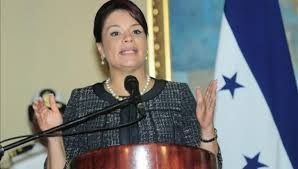 The move comes after weeks of pressure from Guatemalans demanding her to step down from her post. Baldetti was reportedly exposed to numerous corruptions such as a massive Custom fraud.

But the question and concern for many Belizeans is; why would the security forces of Guatemala want to search the residence of Ambassador Alexis Rosado?

In an interview on News 5, Minister of Foreign Affairs Wilfred Elrington, stated that he strongly believes that the residence is one of Baldetti’s property which is held now by a defunct company. 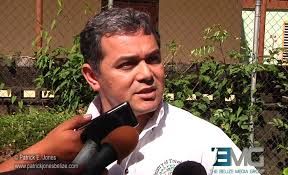 Ambassador Rosado has mounted a protest citing the Vienna Convention as the reason for authorities not to search his residence since it should be afforded diplomatic immunity.

According to Minister Elrington, he had visited the Ambassador residence in the month of April. Elrington stated that in a conversation with Ambassador Rosado he learnt that the building was rented from a company that had gone out of business in that country and that he found it fitting his purpose and his budget, hence why he decided to rent the property.

Elrington also added that Rosado had emailed him three days ago to indicate that among other things that he was being informed that the vice president was supposed to be the beneficial owner of the property he had rented.

Meanwhile, the former Vice President Baldetti is being investigated by authorities in Guatemala.