Belize and Guatemala to proceed with referendum to the ICJ 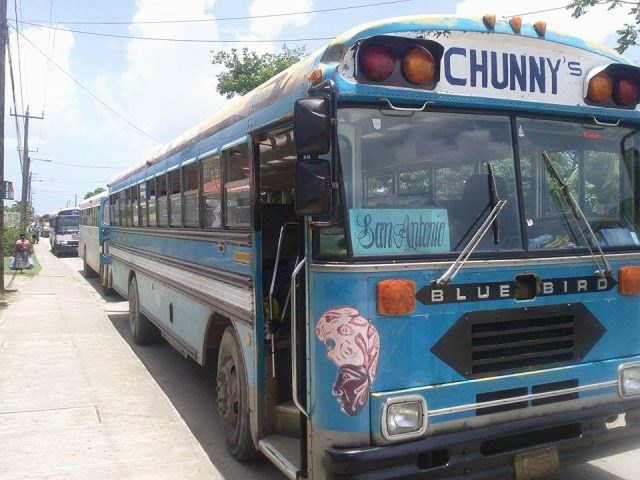 Wednesday, May 13th, 2015. Chrisbert Garcia Reporting: More than 30 Mayan bus drivers from rural Toledo gathered at the Punta Gorda Town Council Conference room this morning for a consultation with Mayor Fern Guttierez and her team of transport and police officers. This meeting was a result of ongoing tension between the two parties after a letter was sent to the bus drivers on April 22 2015, stating that they have been given a new bus route and parking area, with which if they failed to comply within 5 days, a fine of $1000 would be handed to them. The drivers immediately became upset and requested a meeting with the mayor because they were caught off guard with this unforeseen letter which would surely inconvenience bus owners and passengers greatly.

After 2 weeks of what the drivers called the run around treatment, they finally got a chance to be heard this morning and many drivers raised their concerns and pleaded to the Mayor for a change of heart. One of the biggest concerns brought up was the idea of favoritism on the Mayor’s part as she is only asking the Mayan bus owners to change routes but the major bus lines, such as James,’ are still being allowed to drive their normal routes and circle through the town to pick up passengers.

A vocal and upset bus owner, Mr. Pablo Paquil spoke to us after the meeting and this is what he had to say: “in the beginning of the meeting when the mayor told us that our videographer would not be allowed to video, that’s when I really thought our rides were being tampered with and I don’t know if Ms. Fern took the meeting seriously but we will continue to raise our concerns.

Some of the streets are too narrow for our 40-foot long buses to turn onto, like the market street but the mayor came prepared with all the resources she has in government, especially the transport department and she made the chief transport officer read us the traffic laws. We the small bus operators are being treated differently than the big bus operator and we are not satisfied after that meeting.” Mayor Guttierez also spoke to us and this is what she said: “Today’s meeting allowed us to dialogue with the rural bus operators and fine tune the rational for the changes along with them. I saw no reason for them to video the meeting, the minutes of the meeting can be shared with them but for future reference, they can ask permission to video before the meeting has started and it will be granted. This was a friendly meeting between the two parties and at the end of the day we need to work together and issues such as the narrow streets can be resolved easily.

At this point we are looking at the rural bus operations and that is the reason we have not made any changes to James Bus Lines’ routes but eventually we will make changes in phases. Overall the sentiments in the room were very positive and they shared their opinions freely but at the end of the day, rules and regulations are set by the leaders and should be adhered to.”

Unlike Ms. Guttierez, the bus drivers didn’t feel that the meeting went positively and many were upset but for now they will have to use the new routes to avoid being fined. The drivers say they will have a meeting amongst themselves shortly to discuss the possibility of taking legal action against the town council.