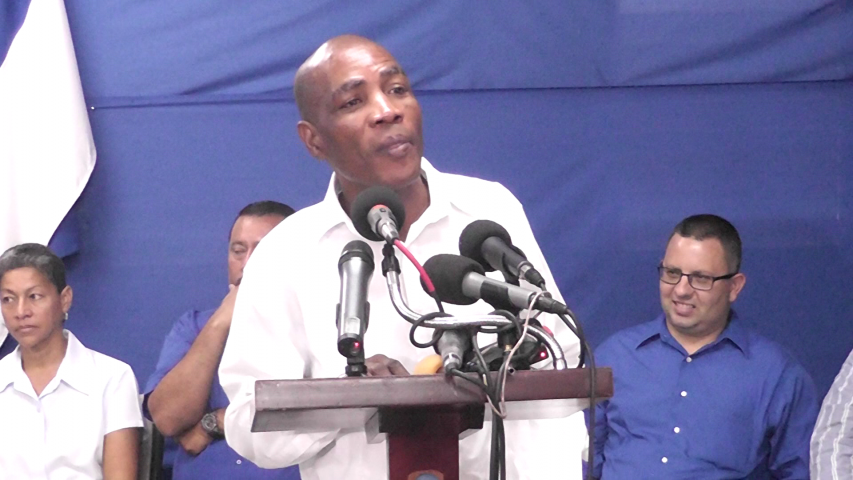 representative in less than two years to either step down or be deselected by his party, after announcing on Wednesday that he was stepping aside for his compatriot, retired educator Anthony Sabal.

The grandson of Thomas Vincent Ramos is leaving as a result of a call for change from his executive committee. But while he is humble and does not regret his decision, he did say at a press briefing hosted by the party on Wednesday that the PUP may regret listening to “idle talk” and bowing to the United Democratic Party’s (UDP) rhetoric about its representatives, including Fort George representative Said Musa. Ramos said he got into politics to create change for the Culture Capital, and issued a challenge to his successor to be the man to stand up for the people of Dangriga. He says that while he could have stayed and fought, he is not that kind of guy and has never been. Ramos ends a three-decade career in politics dating back to 1985 and says it was never about him, but about service to his people.

PUP leader Francis Fonseca and campaign manager Godfrey Smith said that the decision was down to internal consultations about the future of the party in which it was expressed that Ramos was not suited to go for a second term against the UDP’s Frank “Pawpa” Mena, a former Mayor of Dangriga.

New man Sabal says he will be ready for the challenge of bringing change to Dangriga and counts on Ramos’ support.

Ramos joins Orange Walk East representative Dr. Marco Tulio Mendez and Cayo North’s Joseph Mahmud, who also resigned his seat, on the PUP’s list of casualties going into the next general election. On the UDP side, Elvin Penner, Santino Castillo and Herman Longsworth have all stood down.