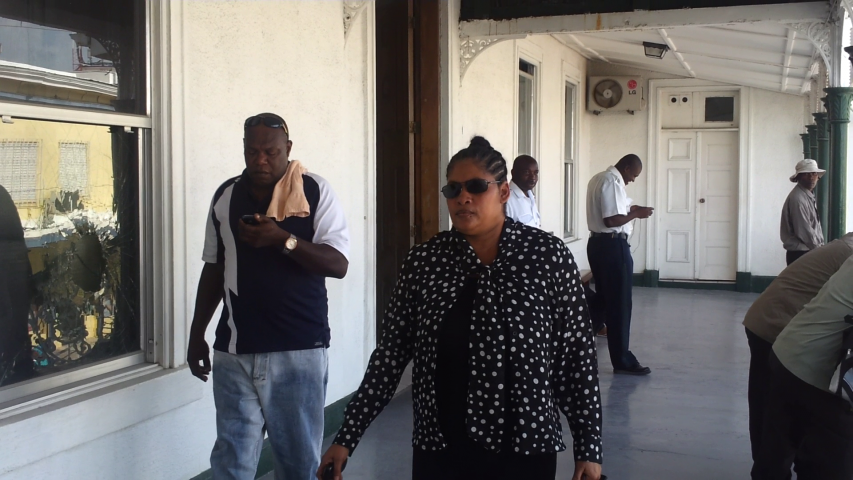 Friday, May 15th, 2015. Aaron Humes Reporting: Housewife of the Belize River Valley Alvarene Burgess, has been at the center of a political maelstrom concerning her allegation that she gave of her area representative and long-time friend, Hon. Edmond Castro, several thousand dollars to obtain his recommendation for Asian nationals to visit Belize 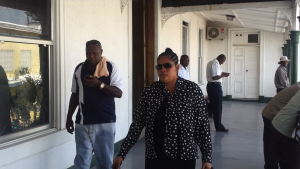 on visas, weeks after it was found that a South Korean national had illegally obtained Belizean nationality and a passport.

Today, she got a chance to tell her story again, this time in court, where she is being sued by Castro for defaming his character.

Try as Castro’s attorney Senior Counsel Rodwell Williams might, it seemed he could not get Burgess to budge from her story: that through a contact, she arranged for Castro to be paid to offer his recommendation – “many more” than the ten to twelve letters Castro says he signed, only two of which he recalled were for her benefit – at $2,000 a pop.

Unfortunately, her contact has all the receipts she paid the Government treasury to the Immigration Department for the visas, and the money was allegedly given to Castro in a sealed cash envelope.

Burgess said she was told by two attorneys that police would not care to investigate the allegations, and despite making a report to the Ombudsman, it was not followed up.

She decided to contact Great Belize Television (Channel 5) to tell her story, resulting in an interview on October 23 in which her face was shadowed (something she says she did not know of until later and would not have agreed with had she known) and an appearance on the Dickie Bradley Special on November 12, spawning stories that night and the following night.

Burgess insisted that she wanted her story to be told and the truth made known to the Belizean people, and was telling the truth. Also testifying today was Castro’s driver Norman Middleton; Burgess’ husband Kirk; and CEO of Channel 5 Amalia Mai who described the circumstances under which the interviews were conducted.

According to Mai it was her decision to shadow Burgess’ face in the October interview because her information was sensitive and concerned the actions of a sitting Minister; she did not have time to tell her because it was a last-minute decision.

But in the same vein the station does not usually change voices of persons giving information in such circumstances.

The case continues on July 3 with final closing arguments, and written submissions are due a week before, on June 26.

Burgess is being represented by Anthony Sylvestre and Channel 5 by Senior Counsel Godfrey Smith.