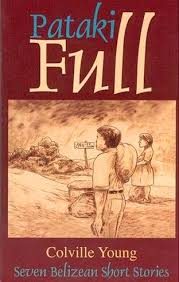 Monday, May 18th, 2015. BMG: ‘Pataki Full’ is a book written by Belize’s Governor General, Sir Colville Young and contains a collection of seven Belizean short stories drawn from folklore and down-home wisdom of the country. This book, written in Creole and English, has gained recognition in many countries around the world and its latest source of recognition has come from the Republic of China.

Taiwan’s Minister of Foreign Affairs, David Lin is pleased to have gained permission from Sir Young to translate Pataki Full into Mandarin and said: “The Taiwan launch of a short story collection in Mandarin by Belize Governor General Colville Young underscores the strength of ties between the ROC and Belize.

I was deeply impressed by the stories when first reading them during an official trip to Belize last year.” Lin made the remarks during a special ceremony at the headquarters of the Ministry of Foreign Affairs in Taipei City on May 14th in the presence of the Governor General. who also spoke at the ceremony, said: “Some of the stories are amusing, while some are about superstitions and folklore, they touch upon the old issues of ethnicity and colonization of our land, which has since developed into a place of inclusiveness and equality for all.

The Mandarin edition of this book will take my tales to a wider audience worldwide as Chinese is rapidly gaining in importance and popularity in the 21st century.”

Sir Colville Young, was in the country on a five day trip where he visited New Taipei City to make a book donation to Ji-Mei Elementary School.

He returned to Belize on May 15th.