What does Belizeans voting no to I.C.J mean for Belize? 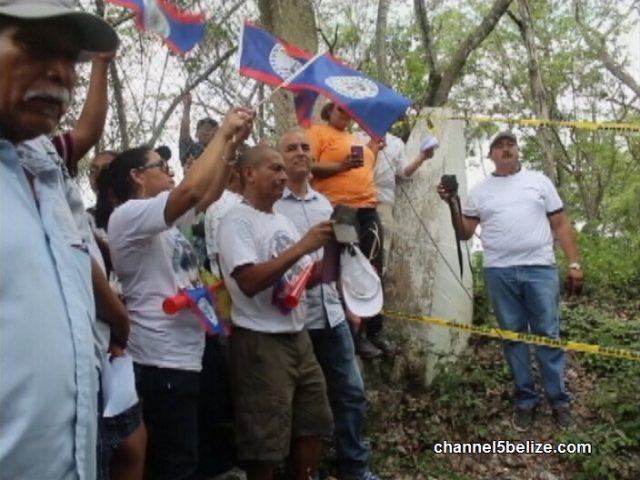 A group of approximately 200 patriots joined the expedition, recording the largest crowd for a BTV endeavor thus far. Giovanni De La Fuente, the leader of Orange Walk Territorial Volunteers said and we qoute: 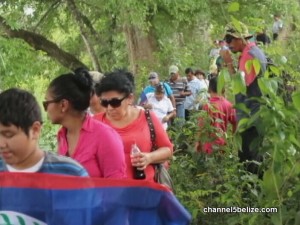 “I don’t know what happened to the people of Orange Walk.

We only sounded the call and they started signing up, paying their ten dollars and coming over.

The group carried paint brushes to the monument and painted it in an effort to draw the government’s attention to the border and make it clear that Belizeans are against going to the International Court of Justice. 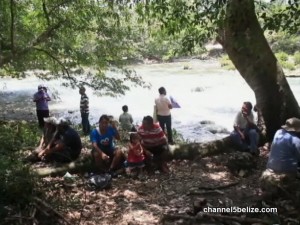 The BTV is also angry about the recent decision made by the Government to send Minister Wilfred Elrington to Guatemala to sign and amendment on the Compromis. In respect to this amendment, Wil Maheia, head of the Toledo BTV said and we quote: “I think that the Belizean people need to turn the pressure up.

I hope that the Foreign Minister gets his wits about him and cancels the trip.

I think that it is absolutely ridiculous that he will leave, go to Guatemala and sign something that is going to affect every Belizean, and no Belizean was consulted. And don’t give us this garbage that it is not a big deal. If you are leaving this country to go all the way over there to do something that will affect the lives of every Guatemalan and every Belizean, how are you going to tell the Belizean people that it is not a big deal? It is a big deal.”

Photos used on this article are courtesy of Channel 5 News. 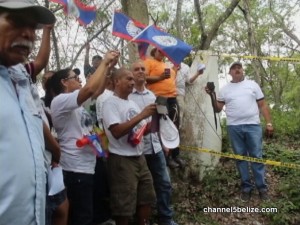