Bringing CSME alive in the classroom 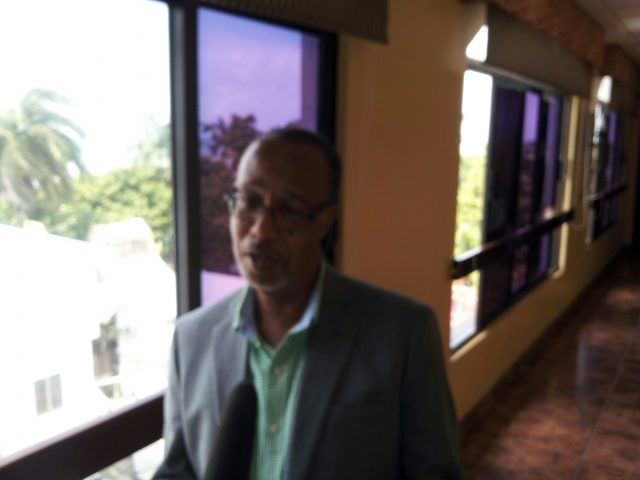 Thursday, May 21st, 2015. Aaron Humes Reporting:  as practiced by the Caribbean Community and particularly the CARICOM Single Market and Economy (CSME). For the last few weeks, consultants have been accompanying the local Ministries of Trade and Education and CARICOM/CSME personnel in promoting CSME among the secondary school teachers’ corps to teach it to Belizean students.

In addition to content provided, according to consultant Dr. Gordon Harewood, there are pedagogical lessons in how to apply CSME and open up the opportunities that are present and available for them.

It is about getting students excited about CSME and going out to find more and hopefully become ambassadors for change in making CSME accepted in the region and here at home.

Harewood notes that students used to score poorly on questions in regional examinations having to do with CSME, in the areas of social studies and Caribbean History, because little information is available.

The CARICOM education program on CSME reaches across the spectrum, according to CARICOM representative Silas Hamilton, who announced plans to launch an animated history of each CARICOM country to be used in schools.

The current round of workshops began in Orange Walk and went south to Dangriga and Belmopan before coming to Belize City.

About 20 teachers participated in today’s workshop, and about the same in the other work sites. The consultants have previously been to Jamaica and Guyana and will be traveling to other countries in the region.