Women politicians recommend changes to Representation of the People Act 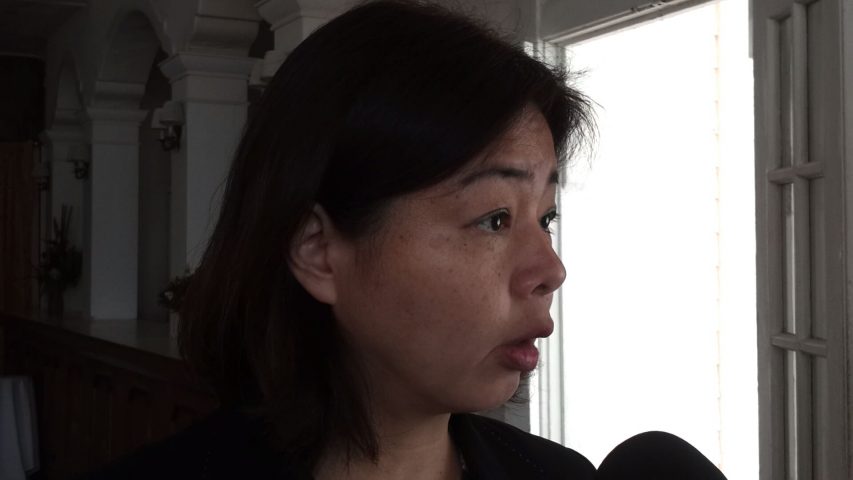 Thursday, May 21st, 2015. Aaron Humes Reporting: Change is coming and soon to one of Belize’s oldest and most important laws. The Representation of the People Act, Chapter 9 of the Laws of Belize, is being vetted for changes to help women gain greater access to politics. 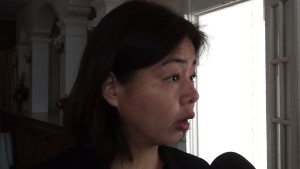 The report on strengthening women’s representation in national leadership in Belize, completed after three years of consultations with stakeholders, is sponsored by the United Nations Democracy Fund (UNDEF), whose deputy executive, Mikiko Sawanishi, spoke to us at the Chateau Caribbean Hotel.

Sawanishi described it as “very important” to truly bringing Belizean women into political representation at greater levels as present.

Belize has one woman member of the House of Representatives; several Senators, including two Ministers; and increasing numbers at the local level including a lady Mayor of Punta Gorda Town.

The project is spearheaded by WIN-Belize, whose program officer Sheena Gentle says today’s event is the culmination of national consultations designed to bring women into Belize’s political process. Concerns include better campaign financing regulations; an end to the mudslinging of campaigns, particularly against women candidates, and efforts to reach out to segments of society that are thought not to be interested in current politics, such as youth.

According to Gentle, the process was intended to be non-partisan and non-political, and so there was representation from all major political parties and movements.

The PUP was represented today by deputy party leader Carolyn Trench-Sandiford, while the UDP had two women standard bearers, Dr. Carla Barnett and Tracey Taegar-Panton, as well as Belize City Councilor Alifa Elrington-Hyde and former Senator, now acting chair of the National Women’s Commission, Pulcheria Teul, all present. But what about the next generation? They too will be active, according to Jherilee Palacio, member of the WIN-Belize Technical Working Group, who says youths were consulted and contributed.

The project was funded at a cost of BZ$450,000 over three years. The final report will include the recommendations from today’s meeting and will be released in another month.