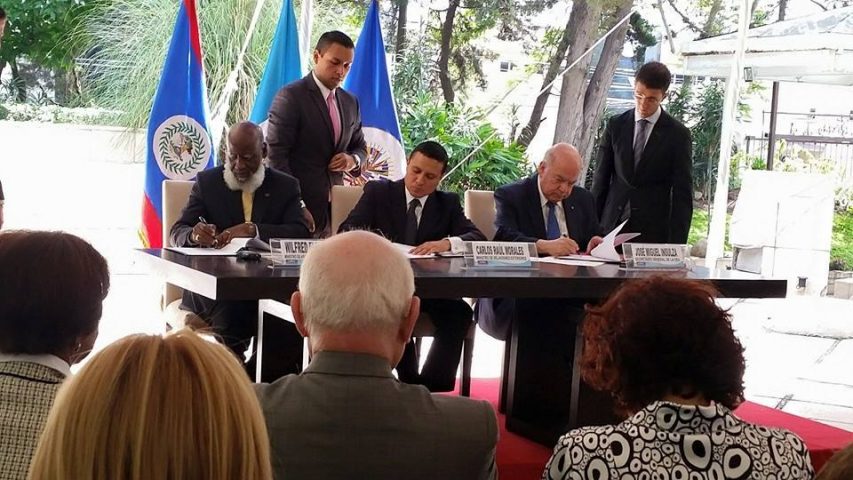 Monday, May 25th, 2015. BMG: Although the topics were not made known, the meeting took place amid a Government crisis stemming from corruption allegations involving government officers, including Roxanna Baldetti, who resigned as the country’s vice president on May 8th. 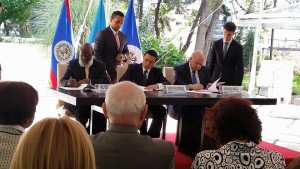 This will be the last meeting of Insulza as Secretary General of the Organization of American States with the Guatemalan President, because tomorrow he will hand over the duties to his successor, Uruguayan, Luis Almagro.

The meeting between Insulza and Pérez Molina will be held shortly before he acts as a witness to the signing of a protocol to the Special Agreement of 2008 between Guatemala and Belize, to carry out a popular poll in order to find out from the people if they want to take the century-old territorial, insular and maritime dispute to the International Court of Justice.

In 2008, both countries signed an agreement that establishes that the referendum should be held simultaneously in the two countries, and now a modification shall be signed to allow that the consultation be held either on the same day or separately.

The document shall be signed by the Foreign Affairs Ministers of Guatemala, Carlos Morales, and of Belize, Wilfred Elrington, in a ceremony which will see Insulza and Luis Almagro as honorary witnesses.

After ten years of service, Chilean Insulza will officially hand over the reins of the Secretariat if the Organization of American States (OAS) to Almagro.

The objective of the modification to the so called Special Agreement of 2008 is to facilitate the holding of the consultation on the differendum, since in 2013 the simultaneous referendum was suspended due to legal criteria differences between the parties.

Guatemala and Belize had agreed, on April 27th 2012, in an OAS meeting, to hold the referendum jointly on October 6th, 2013.

Guatemala recognized Belize’s independence in September of 1991, but without abandoning its territorial, insular and maritime claim.