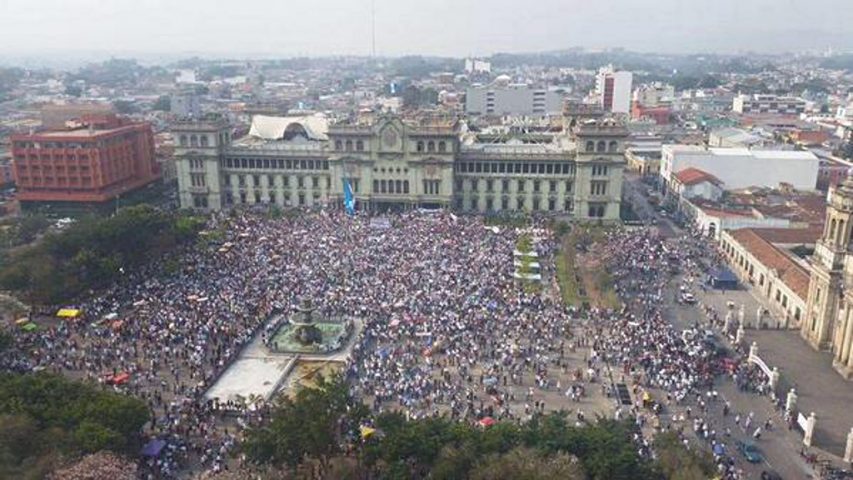 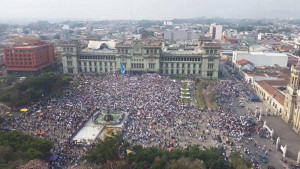 Saturday, May 30th 2015. Chrisbert Garcia Reporting: Weekly protests in Guatemala that started back in April will continue this weekend in an attempt to force President Otto Perez Molina to step down from his position.

With corruption at the midst of the Government’s crumbling, pleads for Molina to step down have significantly increased after his Central Bank chief, Julio Suarez was indicted last week for fraud, deepening the country’s political crisis and prompting protesters to take the streets again this weekend.

An estimated 60,000 people protested two weeks ago and 30,000 people pledged on Facebook to attend and event this Saturday called “Resign Now Otto Perez Molina.” In the month of May thus far, President Molina has either fired or accepted the resignation of six government officials due to corruption allegations, including his vice president but says that he will finish his term as he has not been accused of any wrong doings.

The 64 year old President continues to refute claims that his cabinet is falling apart and has waved off claims that Guatemala’s elections, scheduled to be held in September, would be cancelled. The head of the country’s attorneys association, Marco Sagastume told the media that: “Democracy is collapsing and therefore Otto Perez Molina must resign” but the President refuses to step down and give the reigns to his current Vice President, Alejandro Maldonado.

Analysts say that the only way to stop the protesting in Guatemala and resolve the corruption allegations is for President Otto to resign a few months earlier than his term ends, which will be in January of 2016.