Belize, A Country Of Institutionalized Corruption 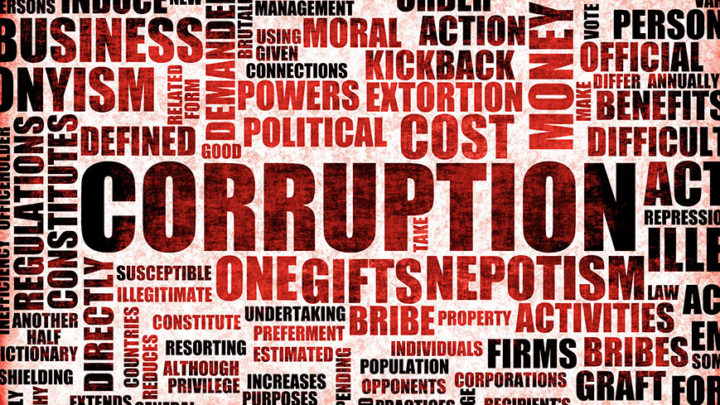 Whenever the laws of a country make it impossible for people to make an “honest” living, then the individuals and businesses have no choice but to make a “dishonest” living.

In this case, honest is interpreted to be abiding by the laws…..dishonest is evading and/or avoiding the law….corruption.

The vast majority of businesses would not survive if they paid all these taxes, duties and fees as required by the laws. They are thus forced into evading and/or avoiding the laws, in order for them to survive….and with each of these many tax windows at the plethora of tax, duty and fee garnering institutions, there is opportunity for graft and corruption….whether by evasion (non-reporting) or avoidance (under-reporting)…mostly in collusion with the guardians of these institutions.

Thus, the vast majority of businesses are operating illegally from the day they open their doors…the entire accounting profession knows this…the business owners know this…and the government knows this….they merely operate from the position of “if I get the revenues that I seek, then I will turn a blind eye”.

This posture also puts the government in the position of holding each business “by the testicles”….it can squeeze any business at any time and for any purpose….especially if the owners are “causing trouble”….therefore, business owners are forced into silence….they cannot raise their voices to fight corruption tooth and nail, because for their own survival, they are a part and parcel of the institutionalized corruption themselves.

It is mostly employees of the government, quasi-government and their related international partners who end up paying this tax, as it is usually deducted at source and they have no say in the matter. The majority of employees of the private sector, however, either evade or avoid this by declaring salary at or below $25,000, and finding ways how to pass any additional money via allowances, etc. that escape the government tax net.

The government, at the time of introducing the “consumption taxes”….first the Value Added Tax, and then the General Sales Tax….had promised to shift from taxes on income completely towards taxes on consumption. However, it seems like they got stuck in the middle….the sweet position where they can suck from two nipples….merely because the people easily forget, or get comfortable with the status quo….and the unions and public media also seem to suffer from amnesia…or forget conveniently once their bread is buttered. In essence, the government have deceived the people regarding its tax strategy….by changing its mind mid-stream.

A. Belize must be a highly competitive and productive country….with a well enhanced enabling, low-tax environment, fair and balanced, for private businesses to start up and prosper within the law. There will be a lot more start-up businesses, with much higher probability of success. Individuals must enjoy the fruits of their sweat and sacrifice, and those who studied or worked hard to earn higher income should not be penalized for doing so. Strategically, Belize should find a balance of low income AND consumption taxes.

B. The BT should be lowered to 1% of sales for all businesses with sales above $100,000, with two years waiver from date of start up. You cannot tax a business on its sales before it even turns a profit. Compliance will significantly improve, such that even though the rate is lowered, the amount of taxes that will be collected will not decline much.

C. The Environmental Tax should be charged across the board at 2%, on all imported goods, and the law fully implemented for the purpose for which it was intended.

D. The General Sales Tax (GST) should be lowered from 12.5% to 10% (or below if found feasible), and charged across the board on ALL goods and services.

E. All taxes and duties on fuel should be removed except the 10% GST. This will significantly improve the cost-competitiveness of all goods and services production in Belize.

F. The average rate of import duty should be increased from the current 9% to 15%, by raising all imported goods currently at ZERO to 5%, raising all imported products that compete directly with local products to the BOUND RATE approved by the CSME and WTO, and lowering all other import duties to 20% or below. Charging ZERO on so-called “basic food basket” items only serves to discourage the domestic production of many large volume items in Belize. It is the raw materials for making those products (all inputs for production) that should be ZERO.

H. Property tax on housing and business lots should be reduced by 50%, and property tax on large-parcel undeveloped land holdings should be increased to an average of $10/acre. All rural areas should belong to the MUNICIPAL government closest to them. All rural owners of registered vehicles and property should pay taxes on those to the municipal government to which they belong, and the municipal government should in return provide streets, drains and road infrastructure for those villages under its jurisdiction. Otherwise the rural villages, which account for 50% of our population, end up having responsibility to pay taxes, without the right to the benefits of public services that should come in return. This should be a major part of a decentralization strategy.

I. A Road Construction and Maintenance Tax should be charged by municipal governments on private vehicle $200/yr and commercial vehicles $300/yr., a $20 million per year new source of revenue for cities and towns, so that they can keep up with urban infrastructure expansion sustainably. Motorists will be more than happy to pay this, as it would be a fraction of savings on fuel, and would allow them to expect sustainable and continuous development of streets, roads and drains in their municipalities. This should be a part of the decentralization strategy.

If these institutionalized tax laws are not changed (lowered and broad-based) so that individuals and businesses can make positive real income/profit honestly….without fear or special favor…Belize will be forced to continue growing in its corrupt ways…with the few favored special-interest status-quo getting richer and the majority worse off, competing more intensely for crumbs and getting more anxious, impatient, hopeless and violent…whether externalized or internalized.

People must and will find a way how to survive….even if they must “KEEP YOUR MOUTH SHUT” when they see and/or participate in the corruption…a negative feedback, destructive, anti-democratic cycle of fear and favor is set up.

The views in this article are those of the writer and not necessarily those of Breaking Belize News.

© 2015 – 2019, BreakingBelizeNews.com. This article is the copyrighted property of Breaking Belize News. Written permission must be obtained before reprint in online or print media. REPRINTING CONTENT WITHOUT PERMISSION AND/OR PAYMENT IS THEFT AND PUNISHABLE BY LAW.