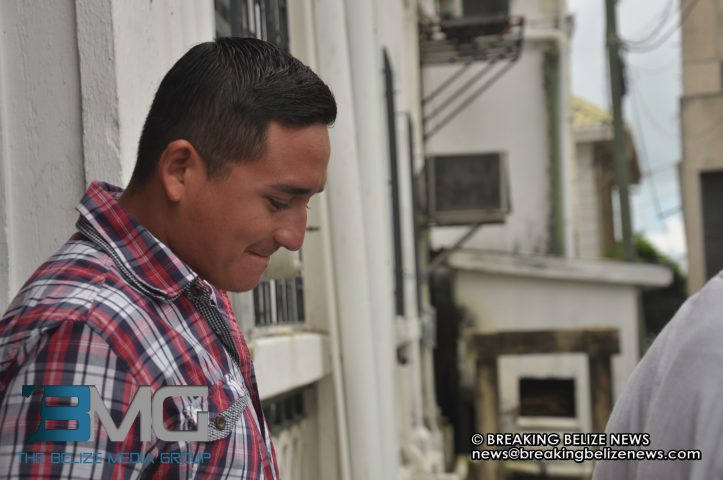 Tuesday, June 2nd, 2015. Aaron Humes: The manager of San Pedro Express Water Taxi on North Front Street is in prison tonight, accused of pointing a firearm at a man he was having an argument with. On April 25, during a fundraising event in honor of injured boat captain Romy Badillo at Hour Bar Field on Newtown Barracks, Usher was setting up his sound system to play music at the event when Marin drove his vehicle over the wires of his sound system twice.

Usher, who said he had been trying to signal the driver to go another way, and was standing in front of the vehicle as the driver tried to speed up after reversing initially, then went up to the vehicle and began speaking to the driver, identified as Marin.

They argued and Usher alleges that Marin pulled out his firearm and told him to move out of the way with an expletive. Usher reported the matter to police and Marin was reportedly detained pending a planned identification parade, but he was release without explanation by authorities.

Following Usher coming to the press Police high officials, including officer in charge of Eastern Division Dezerie Philips and Commissioner Allen Whylie promised swifter action, though they also reported that Usher, according to their evidence, was seeking money from the accused using the police as cover, a charge Usher denied.

The King’s Park resident, represented by attorney Leslie Mendez, pleaded not guilty before Magistrate Herbert Panton and was remanded without bail until July 28.