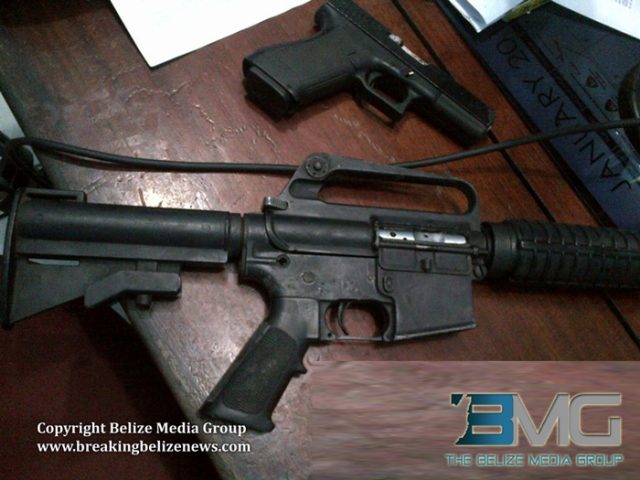 Wednesday, June 3rd, 2015. Aaron Humes Reporting: No less than four shooting incidents have been reported in the Belize District in the span of several hours. In Belize City on Tuesday night around 10:00 p.m. police responded to reports of a fight on Angel Lane. 20 year old Porshan Pipersburg of Gabourel Lane was in treatment at the Karl Heusner Memorial Hospital (KHMH) for two gunshot wounds to the right thigh. Pipersburg was socializing with family at a residence on Angel Lane when police say he began to act in a disorderly fashion and pulled out knives, threatening family members. Pipersburg’s uncle, 42 year old Martin Guy of the same address intervened and pulled out his licensed 9mm pistol and shot him in an attempt to subdue him. Guy is now in police custody pending further investigation. 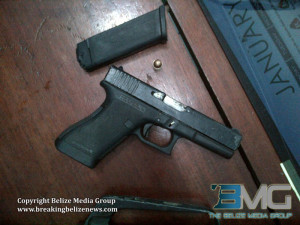 Half an hour later in Mahogany Heights, 21 year old Melvin Smith of the village was shot to leg while on the street. Police are investigating and have detained one man.

Back in Belize City around 12:30 this morning, 32 year old Elsworth Lanza of Fabers Road Extension was shot several times while riding his bicycle home. Lanza is now stable at the Karl Heusner Memorial Hospital while police continue their investigations.

And finally, in the vicinity of Mile 21 1/2 on the Philip Goldson Highway around 2:10 p.m., police found 21 year old Anthony Zelaya shot to the leg while in his room at the residence. Zelaya was transported to the Karl Heusner Memorial Hospital. Police are now investigating and seek two men for questioning