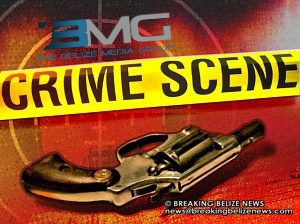 Saturday, June 6th, 2015: BMG: Abraham Leslie, a resident of Myrtle Waight Street in Ladyville is currently hospitalized after a shooting incident in the wee hours of this morning, June 6th.

Reports are that police were called to the BDF Medical Hospital and arrived at about 1:50a.m. Where they saw the 29 year old Leslie with gunshot wounds to both of his arms.

Investigation revealed that the incident had happened only a few minutes earlier at about 1:45a.m. On a street in the Mitchell Estate area where occupants of a car opened fire on an unsuspecting Leslie.

He told police that he was riding his bicycle in the area when occupants of a grey car coming from the opposite direction, started shooting at him and caused his injuries to both arms.

Nifty police work has resulted in the detention of two men who are now pending investigation.