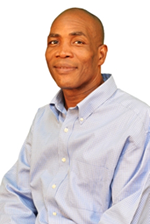 Sunday, June 7th 2015. BMG: This morning, BMG was the first media house in Belize to break the story that Hon. Ivan Ramos was resigning from the House of Representatives. Since then, the story has gone viral on social media and has triggered the PUP to issue a press release on the matter.

According to the PUP, the resignation by Hon. Ivan Ramos from the House of Representatives comes to them as no surprise since the party had been receiving frequent intelligence reports of Mr. Ramos discussions with high level UDP operatives to trigger a by-election in exchange for Petrocaribe dollars.

“This is consistent with the UDP government’s plan to simply buy-out the next election with Petrocaribe funds which Belizean will have to pay back,” states the press release which was published by the party two hours ago on their Facebook page.

The press release goes on to say that the party is confident that with Anthony Sabal’s proven integrity, competence, intelligence and a sincere desire to serve his community above everything else, he will be earning the confidence of the people of Dangriga, Hope Creek and Sarawee villages and will be elected as their next area representative.

Anthony Sabal will be going against Frank “Papa” Mena of the UDP in the by-election.