Traffic Mishap claims the life of resident of Burrel Boom 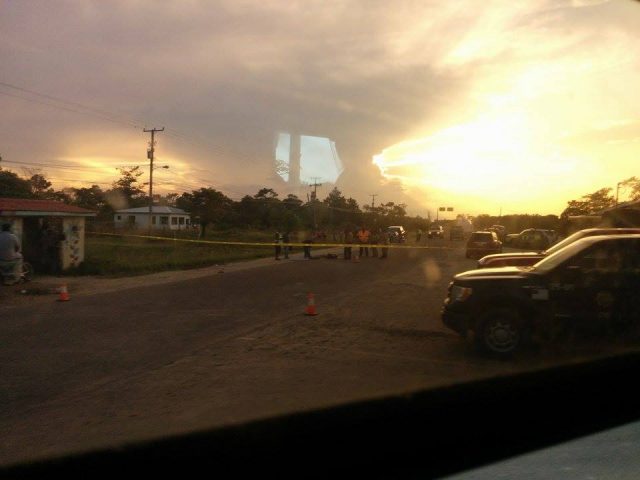 Sunday, June 7th, 2015. BMG: One man lost his life in a traffic incident that occurred in Ladyville on Saturday.

According to the report, Ladyville police responded to the scene in the vicinity of Sand Hill village in the Belize District and upon their arrival saw a Hispanic man on the road side with extensive head and body injuries in a pool of blood apparently motionless.

The victim was later identified as 57 year old Oscar Chacon.

Police also saw a Chevy SUV with license plate OW C 05936 facing the north which was driven at the time by 30 year old Kayir Benavidez from Liberty Avenue in the Orange Walk Town.

Initial investigation revealed that upon reaching between miles 18 ½ on the Philip Goldson Highway Benavidez observed a Hispanic male person running across the road, who suddenly attempted to walk back to the side of the road, and as a result he was knock down.

Chacon’s body was later transported to the K.H.M.H morgue where it awaits post mortem examination.