Get ready for “Green and Clean” Placencia Lobsterfest 2015!

BREAKING NEWS: Two police officers have been charged for the murder of Hilberto Sotz 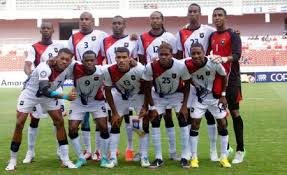 Wednesday, June 10th, 2015. BMG : The national football selection’s road to the 2018 FIFA World Cup in Russia continues over the next few days. 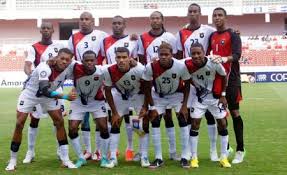 The Jaguars left Belize on Tuesday, June 9, for the Dominican Republic to play the first leg of the second round of World Cup qualifying on June 11.

A key addition this time around is elite striker Deon McCaulay, who has given the Jaguars a new level of readiness, confidence and competitiveness after training for the past few months with the team.

He was left out of the squad in the first round against Cayman Islands, resulting in Belize narrowly squeaking by on away goals.

Before the team left the Phillip Goldson International Airport yesterday, McCaulay stated: “Everybody is prepared. I think the coach and staff did a good job in preparing the team. Physically, its only left to the players to go out there mentally prepared, focus and ready for the game on Thursday.

Assistant coach of the Jaguars, Carlos Slusher also spoke to the media, saying: “I think the team is a little bit confident. Confident, not over confident but I think the team is feeling good that they know that they have prepared very well from November of last year so when it comes to that aspect they know that won’t be a problem going to the game.

I think the guys are excited to make this game a reality in the sense of coming home with a victory for the Belizean people.”

The Jaguars will return to Belize on Friday and will play the Dominican Republic on home soil at the FFB stadium in Belmopan on Sunday, June 14th at 4:00p.m.