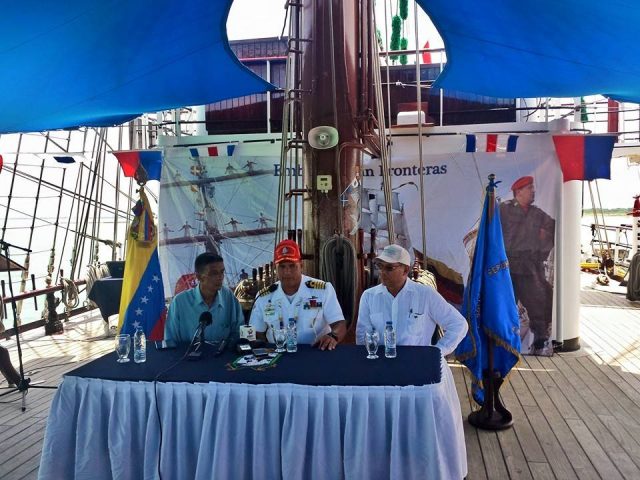 Thursday, June 11th, 2015. Aaron Humes Reporting: Ten years ago this month, the Bolivarian Republic of Venezuela leagued with its fellow Caribbean and Central American countries to advance social development through its bountiful petroleum resources under the Petrocaribe program. 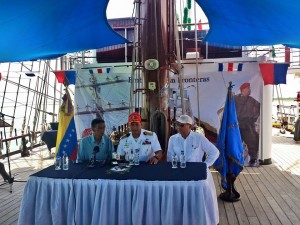 It has become a buzzword in Belize, especially since the re-establishment of the program under the current Dean Barrow administration.

So while the debate over its worth for Belize continues, the Government hosted an official celebration with its Venezuelan counterparts in Belize City this morning. Venezuela’s Ambassador to Belize, His Excellency Yoel Perez Marcano, reiterated that Venezuela considered itself a friend of the region and the program is its manifestation of regional unity and power in the face of interference by “foreign powers” such as the United States which has been accused of fomenting unrest in the South American nation.

As part of the celebration Belize is hosting the training vessel AB Simon Bolivar, named for the liberator of South America. Its 110 crew members are training an 87-member staff of cadets attending the Venezuelan naval academy named for Admiral Francisco de Miranda Rodriguez.

Belize’s Minister of Human Development Anthony Martinez formally welcomed them to Belize on behalf of Prime Minister Barrow. The ship is participating in its annual Abroad Cruise Instruction “Caribbean 2015” and stays through June 15.