Guatemala’s naval vessel is still on our reef 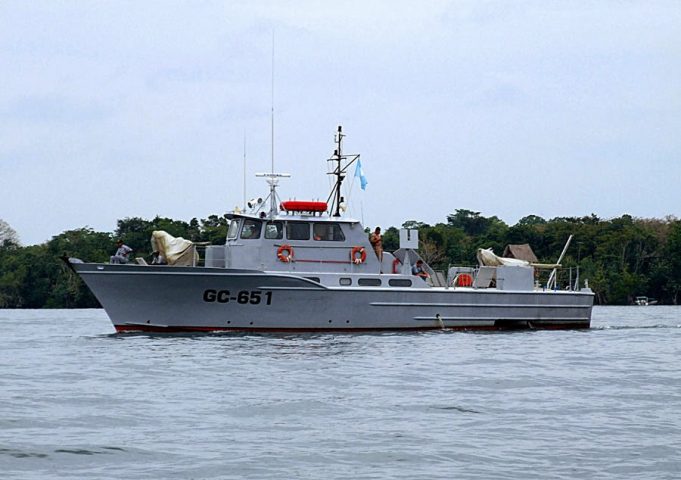 There is no need for us to be surprise about this Guatemalan Gunboat landing on Belizean soil because this is not the first and will not be the last no matter which political party is in power until we get some answers to some questions.
I have suspected for a long time now that before Belize became independent on September the 21st, 1981, Britain have an agreement with Guatemala to allow them access through Belize to the Atlantic Ocean. When the People’s United Party (PUP) attained our country’s Independence, they had knowledge of this agreement and agreed to it and said nothing to us.
Otherwise,  Guatemala would have reacted more forcefully against Belize’s Independence. Both the UDP and PUP must tell us about this agreement because Guatemala is not foolish they know what are the consequences of encroachment under International Law. They have some good International Lawyers compared to Belize.
The United Democratic Party (UDP) came to power in 1984 for the first time in the history of Belize. From the 1950’s up to 1984 only one political party governed our country Belize and that was PUP under their Leader George Cadle Price who became our country’s first Prime Minister. According to International  Law; “Agreements signed among nations must be honored by those nations who signed them”. When governments  in these nations changes their obligation to these agreements remain the same.
This is why the PUP and all the opposition parties in Belize must enter into the dialogue with the current UDP government on the negotiations taking place between Belize and Guatemala even if they disagree with the government’s approach. This will give them the opportunity to voice their opinions on all matters related to the Guatemalan claim. All Belizeans have the same position and that is never to cede any land or water that belongs to Belize to Guatemala. The problem lies with how much accommodations  Belize should grant Guatemala when it comes to access to the Atlantic Ocean.
If it is in fact true that this vessel accidentally landed on Belizean soil, then nations are afforded “Distress Relief” when it comes to these incidents. Why? Because it makes common sense to deal with your neighboring countries wisely. One of  these days a Belizean vessel could  face a similar circumstance, where they can  stray into; Guatemalan, Honduran or Mexican land or  waters and they would want these countries to treat them with hospitality as well.
My major concern with Guatemala is that they do not respect Belizean people’s  rights to their country. They still think that Belize belongs to them and they need to get over that false dream. No Belizean person will ever make the mistake and make any form of land and sea concessions to Guatemala. Guatemala already have more than enough land for themselves. Then, they refuse to give some of it to the indigenous Maya people,  who they found there and have been slaughtering them for centuries since Spain sent Alvarado in the 1500’s  to conquer that territory passing through Belize from Mexico.
Now, all these Maya people are coming into Belize and we must give them land out of our little country Belize. When many Belizeans apply for lots and lands they are being refused by their government but the Guatemalans are taking and getting.  It could be that Guatemala is conducting a population invasion on us. Soon there will be more Guatemalans in Belize than Belizeans if we allow this trend to continue. They are also given citizenship and voting rights.  There are now about 55 villages in Toledo District and many of them have Guatemalan Maya  refugees.
We as Belizeans need to ask our Government if there is a secret agreement between Belize and Guatemala granting them access to the Atlantic Ocean and what all it entails. If they yes then we need to see it. If they say NO, then we ask then why are we so accommodating when they encroach on our land and waters at will?
The views expressed in this article are those of the writer and not necessarily those of the Belize Media Group.