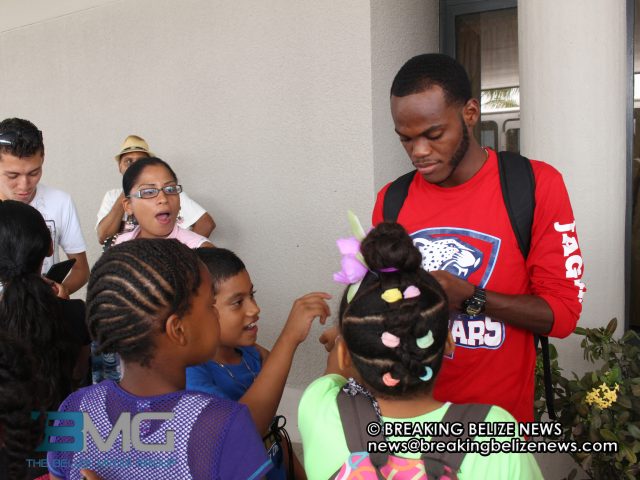 On Sunday at the FFB Stadium they must ensure that Los Quisqueyanos do not overturn their one-goal lead. But before they got back into training they basked in the adulation of the public at the Philip Goldson International Airport in Ladyville this afternoon.

Defender Ian Gaynair says they understand and appreciate the magnitude of the task ahead. Having won on the road, it is now up to the team t 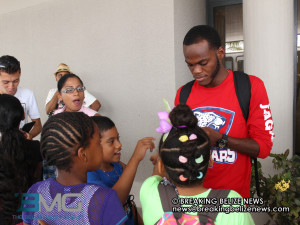 Goal scorer McCauley paid tribute to his teammates for giving their all on the field. But he couldn’t resist a little “bigging up” of himself and his contributions. Speaking of his teammates, McCauley said that they know he will score the goals, so their job is to set him up to do so.

In response to critics suggesting that the team didn’t look sharp, assistant coach Charlie Slusher said that in the circumstances, a gritty win was better than a stylish loss. He said the game plan involved a practiced counterattack that paid dividends, but things will be tidied up on Sunday and home fans can expect better football as the team battles their opponents.

Game time for the second leg is 4:00 p.m. Sunday in Belmopan. A win or draw cements Belize’s place in round three of qualifying.