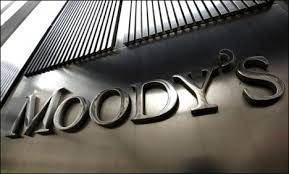 According to Moody’s, quote, “The expectation of ongoing economic recovery mitigates the negative trends in public finances, although downside risks to the fiscal outlook remain. The risk of losses to bondholders through 2017-18 remains considerable given fiscal challenges 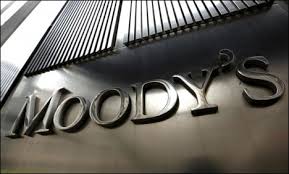 and a confluence of risks.”

A rating below BAA 3 on the Moody’s scale makes the bonds issued by the sovereign government speculative, or some call it “junk.”

Moody’s rates long-term local currency country risk ceilings and foreign currency bond ceiling at B2 but the overall rating is damaged by a poor foreign-currency bank deposit ceilings at CAA3, both unchanged from the last rating.

Moody’s cites ongoing economic recovery including an accelerated GDP growth to 3% in 2014 from 1.5% in 2013 and further expected growth of 2.5% in the coming year boosted by tourism and agriculture. However, the widening fiscal deficit, now just under 4% of GDP in 2014 compared to the projected 1.7% helped dragged the rating down.

This is a result of higher spending by the Government on the salary adjustment for teachers and public officers of 6% plus increments over the next three years that increases the wage bill, and more capital spending on rehabilitated infrastructure. A forecast of 2.7% deficit against GDP is projected for 2015 based on proposed budget assumptions, however the coming general election is expected to prompt fiscal easing and a wider deficit of about 3.5%.

Moody’s also reports that bondholders still risk losses because projected sustained surplus targets of about 1% of GDP have not been reached, when at least 2% and closer to 5% is needed according to the International Monetary Fund (IMF) to absorb the potential recognition of debt related to the nationalizations of Belize Telemedia Limited (BTL) and Belize Electricity Limited (BEL), which are in the Caribbean Court of Justice (CCJ) with a decision expected later this year.

Moody’s is projecting that liabilities from the nationalizations could push public debt to above 90% of GDP, and many pressures including electoral spending, debt servicing costs from the first step-up in the coupon rate on the restructured Superbond and partial amortization of the bonds in 2019. According to Moody’s,
quote, “Other systemic risks include the potential crystallization of contingent liabilities from a vulnerable, albeit strengthening, financial system, and increased pressure on external finances.

The confluence of these factors is highly likely to lead to a greatly decreased ability to service debt and an unsustainable public debt burden, suggesting that despite the authorities’ commitment to ensuring sustained primary surpluses, bondholders could likely face losses consistent with a Caa2 rating level.”