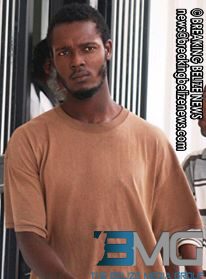 Monday, June 22, 2015. BMG: The nephew of Minister of State Edmond Castro faces charges of attempted murder, wounding and aggravated assault after he forced his girlfriend to swallow a 9mm bullet under threat of death. 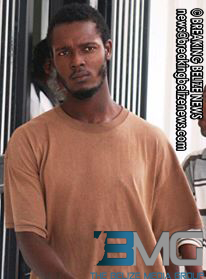 21 year old Kenworth Castro was arraigned before Chief Magistrate Ann Marie Smith and remanded until September 2 due to the nature of the alleged offenses.

According to the 19 year old female whose name we will withhold, Castro put the 9mm bullet in her mouth at Maskall, Belize District on June 12, and she swallowed it because she feared that he was going to use it to kill her.

The bullet remains lodged in her stomach area but is not expected to cause her any harm; medical experts say she will pass it out along with her other bodily discharges in a few days’ time.