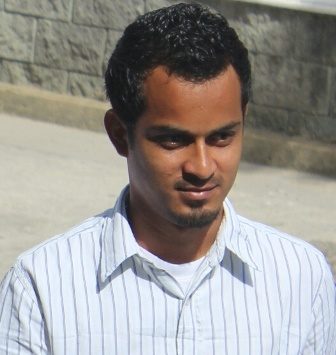 Monday, June 22nd, 2015. Aaron Humes Reporting: Former secretary general of the People’s United Party (PUP) and educator Carlos Espat was found dead in his bathtub on the morning of September 4, 2010, in Belize City. The 47 year old had apparently been beaten to death with a blunt object. After four months of investigation, police arrested and charged a Nicaraguan national, Sylvio Espinoza, residing at Gentle Avenue.

His trial began a few weeks ago when defense attorneys Audrey Matura-Shepherd and Christelle Wilson challenged the only evidence existing against him: an alleged caution statement admitting to the murder of Espat which was witnessed by several senior police officers, including then head of Eastern Division, Assistant Commissioner Elodio Aragon, Jr. However, this morning Supreme Court Justice Adolph Lucas found that the statement had not been given voluntarily, and declined to admit it as evidence.

With no further evidence against Espinoza, prosecutors were forced to end their case and Justice Lucas found that Espinoza had no case to answer and ordered him released, finding him not guilty of the charge.

This afternoon we spoke to Matura-Shepherd who explained that Justice Lucas was not satisfied on two key points to establish the admissibility of the caution statement. He was satisfied that Espinoza knew and understood his constitutional rights, but the police officers who testified, including Supt. (then-Insp.)Suzette Anderson and Supt. (then-ASP) Marco Vidal, said they had not asked Espinoza if he had eaten or gotten water to drink, and the accused on the stand said he had been denied food and water and even sleep for 24 hours until he confessed.

Likewise, he was able to show that he had been beaten to force the confession from him.

Matura-Shepherd stated that in her view Police were dragging their feet on establishing proper protocol for the taking of confession statements – including use of video and audio and establishing proper witnessing – because they were and are more interested in simply arresting for statistical purposes and not following through to convictions. Espinoza now faces an order to leave Belize within 24 hours after being found to be a prohibited immigrant under the laws of Belize.