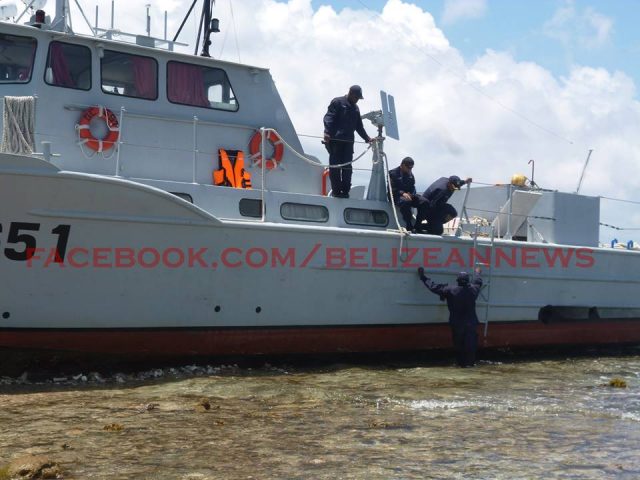 Tuesday, June 23, 2015. Aaron Humes Reporting: The Government of the Republic of Guatemala has been asked to pay some $46,000 as assessed damage from the Guatemalan gunboat Tecum Uman, which ran aground on the Barrier Reef two weeks ago after drifting out of international waters near Glovers Reef. 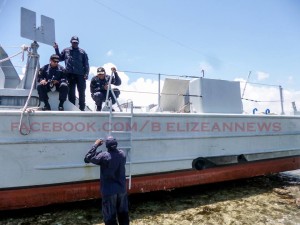 Prime Minister Dean Barrow confirmed the figure, saying that the Ministry of Foreign Affairs is sending a note as well as legal advice on the official request between two sovereign states. The vessel, once removed from the reef, was allowed to limp home due to having sovereign immunity as a national vessel.

In related news, questions persist over whether the Prime Minister ordered Coast Guard personnel to back away from their Guatemalan counterparts on Sarstoon Island. Officially, the story is that the Coast Guard left voluntarily after completing a reconnaissance mission for the establishment of an outpost in the area, and happened to meet the Guatemalans while there.

PM Barrow once more avoided direct comment, stating that he “endorsed” the version of events told by deputy commandant of the Coast Guard, Lieutenant Commander Elton Bennett, repeated by Minister of Foreign Affairs Wilfred Elrington and CEO in the Ministry of National Security George Lovell, and would not be drawn into saying anything that might contradict that version; in fact, he said, he had nothing to add.