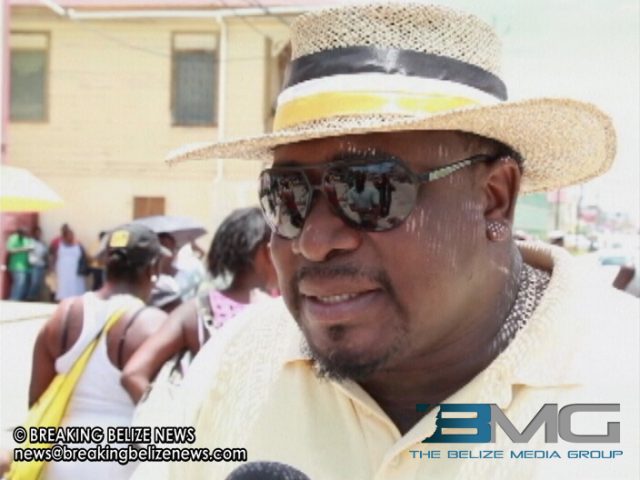 Tuesday, June 23rd, 2015. BMG: Yesterday in Dangriga, nominations were held to officially announce the candidates that will be contesting in the upcoming bye-elections. The candidate replaces the vacant PUP seat that Ivan Ramos left when he stepped down as Area Representative.

After the PUP had already announced that it may not have placed any representative to contest the UDP for the seat, it was surprising to see a large group of PUP supporters parading through the streets of Dangriga yesterday with their nominated contender, Anthony Sabal and party leaders including Hon. Francis Fonseca. 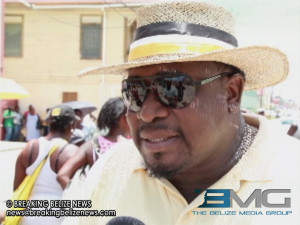 For the UDP, Frank ‘Pawpa’ Mena was nominated and was followed through the streets by an estimated 300 supporters compared to the PUP’s estimated 150.

Mena spoke to the media during his celebratory march around Griga, saying that he has been ready for the elections from a long time ago and that Sabal can “eat me up” if he wants to but he will not spend his time and energy talking about Sabal because at the end of the day “he will get the sense”.

The Prime Minister, Hon. Dean Barrow, who was at Mena’s side in the parade, had some words of advice for the PUP and was quoted, “They complain about our largess. What we find to fund an election campaign comes from donations that people make, including of course business people. I keep saying, it doesn’t help the PUP to complain about what we have. Go out there and try to persuade the business community that you are a viable option and that you have a chance of winning and then perhaps they will agree to help you.” 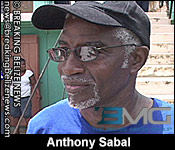 The freshly nominated PUP candidate, Anthony Sabal spoke to the media, saying, “the gentleman at the market said it best, “they have the money, but not the man” and we have man but not the money and this is not about money. This is about what my people know in their hearts. We have been neglected and we are prepared, we are going to keep it blue. This was blue and we are going to keep it that way.”

Also in the parade was PUP Leader, Hon. Francis Fonseca, who in his conversation with the media, said that it would be very easy for PUP supporters in Dangriga to hang their heads and give up due to what has happened over the past few weeks in their municipality but they still have that fighting spirit.