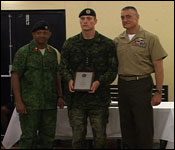 Thursday, June 25, 2015. BMG: A ceremony Wednesday morning at Price Barracks in Ladyville concluded Operation Tradewinds 2015, the annual regional training exercise bringing together military personnel from North and Central America and the Caribbean, along with a few selected South American nations. 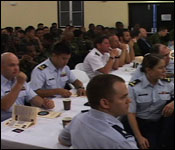 For nine days, there were challenging military training operations developing both intelligence and operational capability, as well as the building of meaningful relationships among nations.

U.S. Ambassador to Belize Carlos Moreno stated that the exercises are about the “human element” – how the participants relate to fighting threats such as counter-terrorism, national disaster relief, humanitarian assistance, and the sharing of equipment, facilities and cooperation, “hand in hand.” 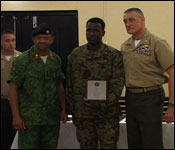 Host and Commander of the Belize Defence Force, Brigadier General David Jones, says Belize wants to get on the map as a premier jungle warfare instruction location in the region and as a three-time host of Tradewinds we are reaching that goal. 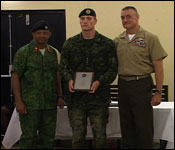 Mexico, Canada and the United Kingdom sent full-time elements to take part in the training for the first time.