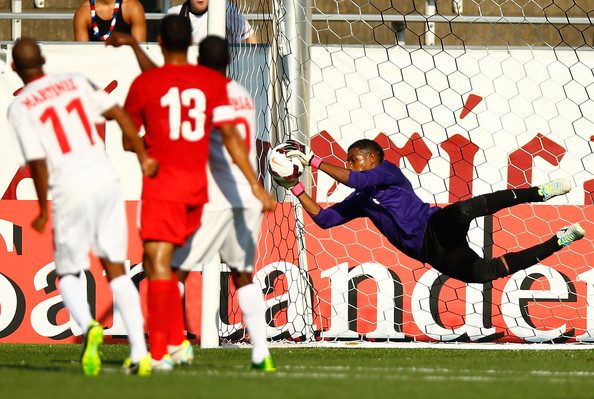 Thursday, June 25, 2015. BMG: Belize’s favorite goal keeper, Woodrow West, has risen to fame in recent years after proving himself both at home and on the international stage. A

fter his commendable performance in the 2018 CONCACAF World Cup Qualifiers, West was approached by Honduras’ El Progresso Football Club who offered him a 3 year contract which he eventually signed last week. 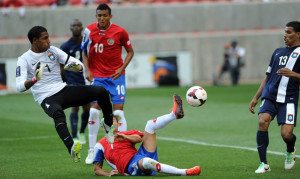 West flew out of the country yesterday on a TACA airplane and arrived in Honduras last night where he is expected to be spending the next three years playing professional football with El Progresso. Before West boarded the plane yesterday at the Phillip Goldson International Airport, he spoke to the media expressing the way he felt about leaving Belize and playing professional football.

Woodrow said that he’s feeling a bit sad but excited at the same time and that he is contented with his decision because the Hondurans came for him at the right time as he was signed to no contracts.

He went on to say that he had multiple offers from various teams in Honduras and one from Salvador but he is excited to be playing for El Progresso although the pre-season training will be extremely difficult. West also mentioned that there is a possibility he will be playing in Salvador next year.

Updates about West’s training can be seen on his Facebook pages.