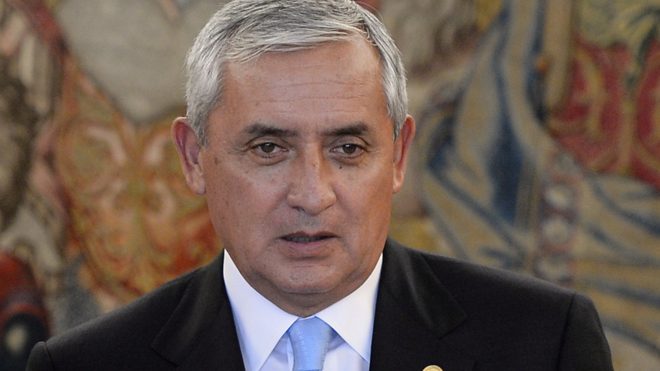 Neither Guatemalan President Otto Perez Molina nor his Honduran counterpart, Juan Orlando Hernandez, are bowing to calls to step down from office, even as hundreds of thousands of demonstrators maintain that they should. In Guatemala, the uncovering of a network of customs fraud and subsequently a bribery and influence-peddling scheme led to dozens of arrests of top officials, including the president of the Central Bank and head of Social Security; while in Honduras, the ruling party has been accused of taking monies from a fraud network that robbed the Government of $120 million between 2010 and 2014 for its political campaigns, a charge it denies.

Perez Molina has appealed a ruling from the Guatemalan Supreme Court to the Constitutional Court that could see him impeached, as recordings collected by the internal anti-corruption agency suggest that the President and his resigned vice-president, Roxana Baldetti, were aware of “La Linea,” as the customs fraud network was known. Participants in the scheme pocketed as much as $260,000 a week while ordinary Guatemalans battled with ongoing crime and economic problems which President Molina had promised to tackle when voted into office, a fact rankling Guatemalans that had to deal with shut-down hospitals that lacked food and medical supplies and police unable to respond to emergency calls because of a gasoline shortage.

Guatemala faces a general election later this year which some want postponed until reforms are instituted; Hondurans, meanwhile are asking the United Nations to intervene with the creation of an anti-corruption body similar to Guatemalans.

Experts suggest that Hondurans took their cue from the Guatemalan protests, but warn that unless men and women of action come forward to lead changes, this rare uprising may yet be put down.

What of Belize, where are there are pockets of discontent but no coherent strategy to prepare for upcoming general elections by opponents of the Dean Barrow administration, buoyed as it is by the bounty of Petrocaribe dollars? It is a tricky time for the Prime Minister as he seeks to avoid any missteps on the road to the Holy Grail: a third successive term in office for the UDP, which predecessor Manuel Esquivel was not able to achieve, and which neither major party has achieved since Independence. Belizeans have not forgotten the multiple instances of impropriety by Cabinet Ministers earlier in the term but whether they have been soothed by better streets and drains and access to Government programs, not to mention a stable economy, remains to be seen. P.M. Barrow has cited as evidence the results of the Cayo North by-election in January and March’s municipal elections and the coming Dangriga by-election that they have been; but George Price was similarly lulled in 1993 and suffered a 16-13 reverse in an early general election that hastened him on his way to retirement.

Belizeans should begin to pay attention to what is happening around us as instructive for what our administration should not do as it begins the road to the next general election.